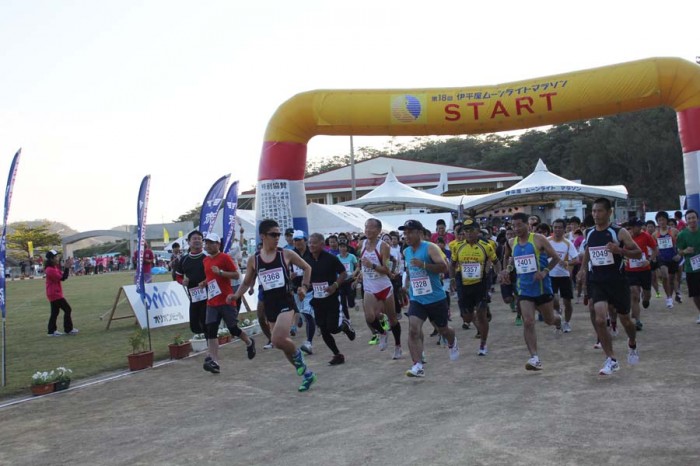 The race starts at 3 p.m. meaning that most runners run half of the course under stars and moonlight away from the harsh midday sun.

The Iheya Moonlight Marathon doesn’t take place until Saturday, Oct. 19th, but organizers are now midway through registration, which remains open until Aug. 15th or until the quota of 1,200 participants is achieved. 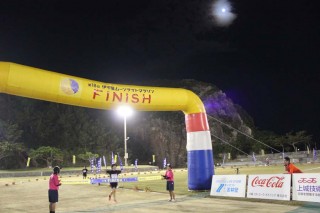 The race finishes under full moon with last runners crossing the line by 9 p.m.

Registration fee for running the October marathon is ¥10,000.  Spectators are able to watch the marathon for free.  Unlike most marathons, this one is a twilight-moonlight event, with the full marathon beginning at 3 p.m. and giving runners until 9 p.m. to finish.  Those running the half-marathon start at 5 p.m. and have until 8:30 p.m. to complete the course in Iheya Village.

The 19th Iheya moonlight marathon is overall almost a flat course, which uses the road along the seacoast around Iheya Island. The runners can enjoy the color and scenery, which changes with time. Runners will enjoy the changing scenes of rural and seashore beauty after start, and they will see the beautiful setting sun, which sinks early. After it grows dark, runners head to the goal with the help of the light of a full moon, which goes up from the East Coast, augmented by the lights of supporters’ penlights. 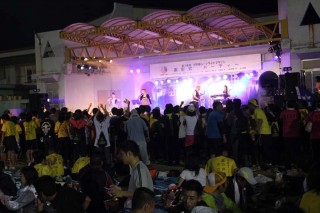 Since this marathon is carried out from the evening to night, women runners who worry about sunlight and the beginners who are weak for heat can also participate without worry. Women participating in the half marathon course have before accounted for more than 50% of participants in the past, making this event exceptionally popular with female runners.

Not only the event itself is a draw to Iheya, but aside from the marathon, there are dancing and attractions preceding the race, as well as the post-night festival following the races. All visitors will be provided with mozuku seaweed noodles, beef soup, and cocktails made with a base of local brand awamori “Terushima” .

The application forms for the Iheya Moonlight Marathon is distributed at each of Okinawa Prefecture’s city, town and village and other public offices.  Would-be runners can also call the executive offices at 0980-46-2867.  Applications can also be made on line, but only in Japanese, at http://runnet.jp/entry/runtes/user/pc/competitionDetailAction.do?raceId=84081&div=1 or http://www.sportsentry.ne.jp/event/t/35897