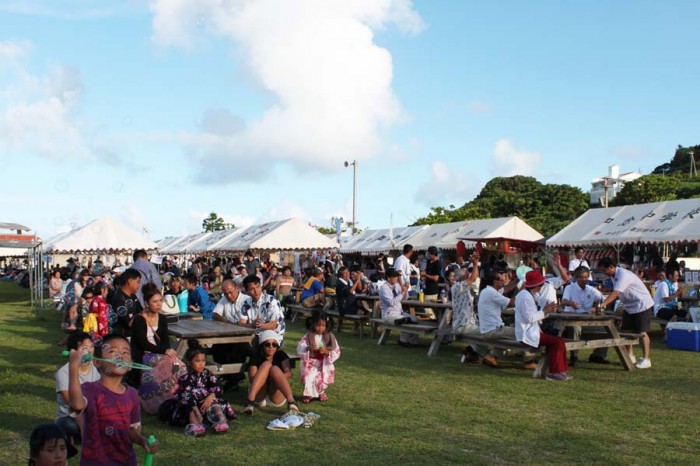 Azama Sun Sun Beach, the first managed public beach in the southern part of Okinawa, is celebrating its 13 years in business, Sunday. 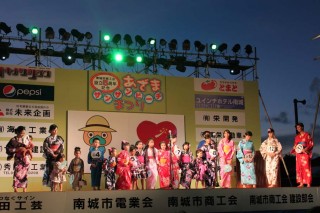 The entertainment includes live concerts, comedy and other performances, all cappped with fireworks display at the end of the day.

The annual festival is free, and will run 1 p.m. ~ 9 p.m.  Azama Sun Sun Beach is located at 1141-3 Chinen Azama in Nanjo City.  Organizers say the event will be postponed to the end of September in the case of rainy weather.

There are a variety of events slated for the day, including a BBQ prepared by a local butcher shop for only ¥500, with a free BBQ ticket given to 50 persons by a lottery.  There will also be a Kids strider test ride event for ages 2~5, Musical live with Banjo Ai and 2★Star, a Comedy show by young Yoshimoto comedians, a Hula show and Fireworks.

Azama Sun Sun Beach was opened as the first managed beach in southern Okinawa in 2000, and will enjoy its 13th anniversary this year. Its water quality is the highest of all beaches within Okinawa Prefecture. This festival is organized for the second time, and the Nanjo City Tourist Agency is responsible of organizing it in order to carry out promotion of Azama Sun Sun Beach.

A variety of foods and beverages stalls will be in place, and the festival has many programs in which a visitor can participate. Since this is a typical Japanese summer festival performed on the seashore, all activities are outdoors, in the fresh air of summer in Japan.