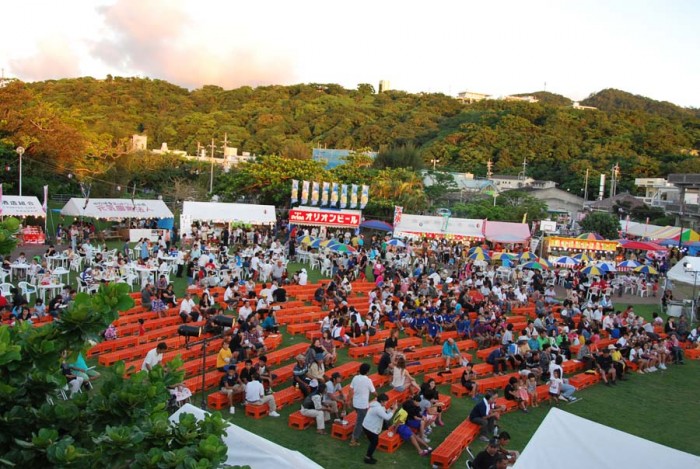 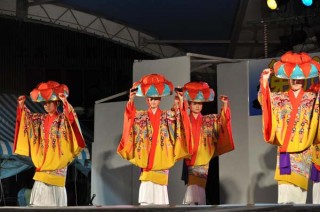 Plenty of Ryukyu culture is going to be on display in Motobu this weekend. 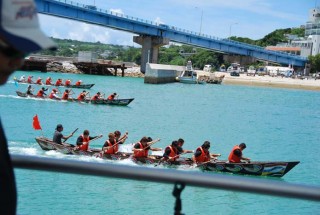 Motobu being an old fishing town, Haarii or a Dragon Boat race is an essential part of the festival.

sumo competition runs three hours.  Banana Boat and Glass-Bottom Boat free rides are offered from 1 to 5 p.m., as are free “Sabani” sailboat rides throughout the afternoon. The Kids Tricycle Race takes place at 5 p.m. next to Tancha Park.

Programs at the main site Saturday begin at 3 p.m. with opening ceremonies, followed by the Motobu Kids Show and NepheUn.  The Orion Beer Good Taste Competition is at 5:30 p.m., and Kaguyahimo performs at 6:30 p.m.  Yuki Yamazato’s Okinawan Folk Song Show is at 7:20 p.m., followed by the fan lottery.  Rounding out the entertainment at 8:30 p.m. is Motobu Yae Sakura Group and Motobu Kids Yae Sakura.

This festival aims at friendship between townsmen, while sending the theme “the sun, the sea, and the town of green-sightseeing culture” both inside and outside Okinawa Prefecture.  Motobu uses this festival to promote its tourism and sightseeing events.