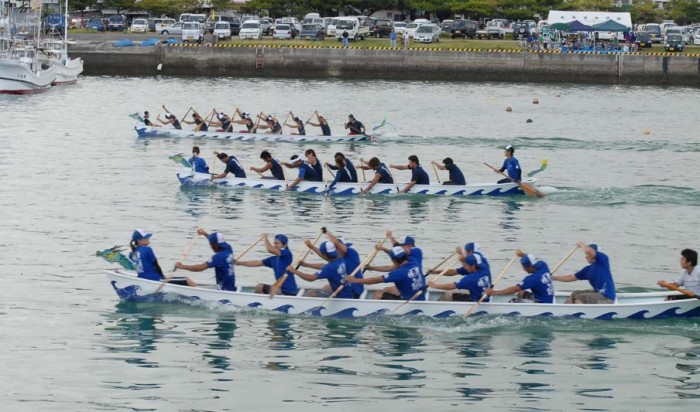 180 teams vie for the Naha Mayor(s Cup honors in the day-long series of races. 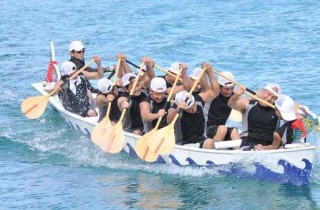 Each team consists of 12 members including steersman, drummer and 10 paddlers.

Mayor’s Cup All Okinawa Inter-Business Dragon Boat Race is scheduled on August 4th, Sunday, 2013 at Nago Fishery Harbor. The city annually hosts this tournament in order to promote tourism in the northern Okinawa.

The race starts at 8:30 a.m. with time trials in which most teams will be eliminated and, in the afternoon, the race will be switched to tournament where lots will be drawn so that which team will go to which race and on which course. Finalists will be awarded at the closing ceremony, which lasts till about 6:00 p.m.. 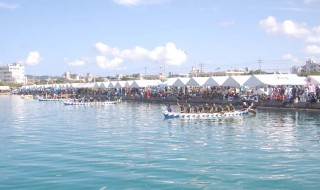 The Nago Mayor’s Cup is the largest dragon boat race in Okinawa with some 180 teams expected to participate this year.

For this year’s race, 180 teams are expected to participate. The organizer classifies all the teams based on their types of businesses and trade areas. Each team has to be composed of 12 individuals, including a drummer (who sets the pace of the paddling rhythm) and a steersman.

In addition to the races for adults, the organizer established a special tournament exclusively for junior high school students.

Nago City Mayor’s Cup Dragon Boat Race has been wellknown among dragon boat race teams throughout Okinawa. It is said that whoever wins this tournament is the real champion among all the boat teams out there in this prefecture.

Officials of Nago City and Nago Tourism Bureau, with help of numerous organizations and volunteer staffs, promote this annual summertime event as one of the largest events in the northern Okinawa, providing opportunities for serious paddlers to test their skills and strength as well as for tourists from the mainland Japan to see the exotic cultural event; the festival has many characteristics similar to those of Southeastern Asia, where boat races are still regarded as an event to offer prayers to gods of ocean for the protection of fishermen and for the abundance of marine products.