‘New’ Golden Kings squad proves as powerful as ever 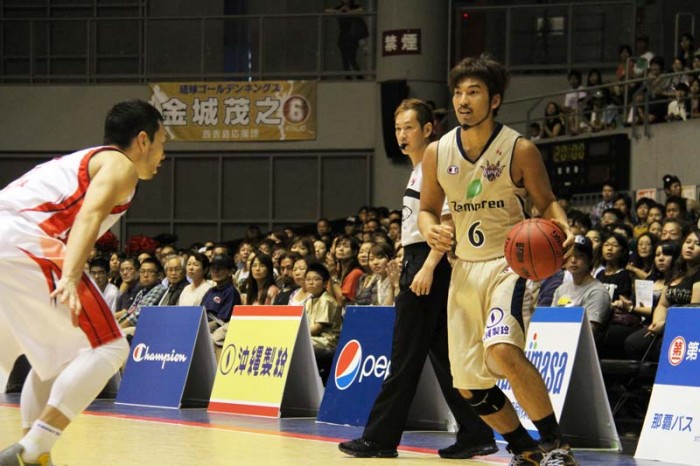 Shigeyuki Kinjo made his debut as the new captain of the team.

It’s a brand new year for the Ryukyu Golden Kings in more ways than one, and their season debut against an old rival and a former head coach proved to be no obstacle as Okinawa roared to a pre-season trashing of the Iwate Big Bulls. 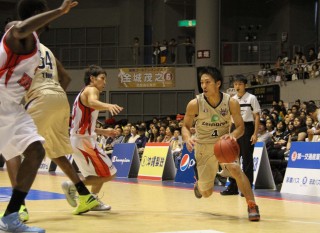 24-year-old Miyakojima native Masaya Karimata proved to be worthy of his slot in his first game as a profesional.

From every perspective, this year’s Golden Kings are new and different.  Team sparkplug Narito Namizato left the Kings to fulfill his dream of playing basketball in the U.S.  Dzaflo Larkai and Terrance Woodbury, who had great success as a team last year are gone. Yousuke Sugawara and former captain Tsubasa Yonamine also left. In other words, a general house cleaning on the hardwood.

The coaching’s different, too.  Tsutomo Isa, the longtime assistant head coach was promoted to the head coaching position, taking over from Koto Tohyama, who lasted only a year. And that brings us to the weekend showdown with the Iwate Big Bulls, 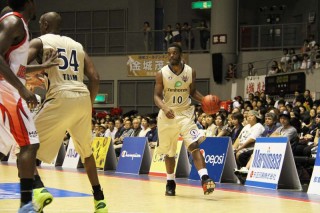 Scootie Randall, a new face in the team, scored 15 points in Sunday’s game.

now coached by the former Okinawa big man, Dai Oketani.  Despite all the new faces, the Golden Kings shined.

Although the Kings contracted four new faces for this season, there were concerns there might be a lack of power.  Wrong.  The team stepping onto the Okinawa court was on top of their game.  New man Masaya Karimata, a 24-year-old from Miyakojima, played well in his first professional outing.  He scored points to control the game, and is predicted to be a key man throughout the season.  Scootie Randall and Kibwe Trim, also new faces, did well.  Trim pulled down rebounds both offensively and defensively, and Randall slipped right into the Kings’ high-speed style.

Okinawa pummeled Iwate on both days, 80-58 on Saturday and 85-55 on Sunday.  In Sunday’s game Randall scored 15, Trim 11 and Kosuge 11.  Oketani said of his former team “we were beaten and felt the power gap, but we have a goal also, and that’s to beat the Kings in our next match this season.”

The Golden Kings go up against the Goyang Orions of the Korean Pro Basketball League on the 25th and 26th, at the Okinawa Budokan in Naha City.  It’s the first time the Golden Kings play at the Budokan.  Team officials say the venue promises to be good, but warn that parking in the area near Naha Military Port is very difficult.