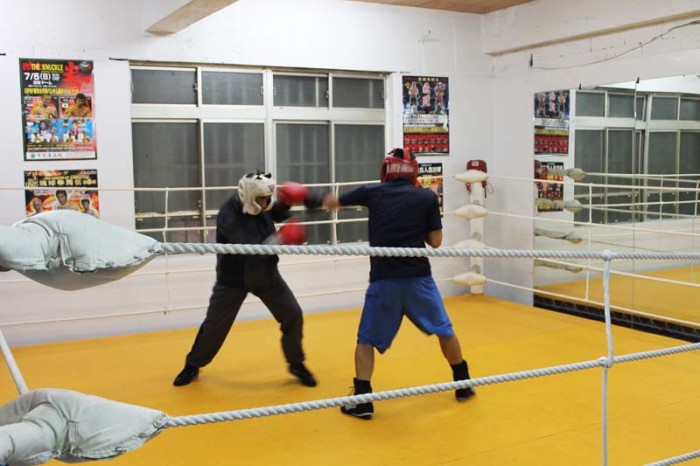 Okinawa has the reputation of its citizens being some of the longest living in the entire world.  This would imply that staying healthy is most important, but have you ever considered the durability and resilience of Okinawans?  In other words, Okinawans are tough!

Hollywood has conjured up some pretty tough Okinawan characters.  First was the Karate Kid where Mr. Miyagi taught us so many ways to be tough and disciplined.  We learned about waxing cars on and off, catching flies with chopsticks and one-legged ninja kicks.  How about Kill Bill?  The Black Mamba showed us that the strongest handcrafted katana swords are made right here in Okinawa.  And although these Hollywood stories are fictitious, there are real life tough guys born in Okinawa, and boxing is a sport where a lot of them thrive. 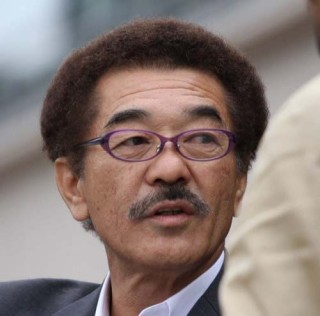 Yoko Gushiken was the first pro-boxer world champion from Okinawa and still a popular entertainer today.

It is no coincidence that the very first world champion of pro-boxing in Japan, Yoko Gushiken, came from Okinawa.  Even if you have never heard of Gushiken, surely you have seen his picture around Okinawa; you just weren’t aware of all of his achievements.  His signature mustache and smile profile pictures can be found all around Okinawa endorsing Okinawa’s cemeteries as he is now a retired champion.

I recently visited one of the grassroots boxing gyms on Okinawa formerly named Gushikawa Boxing Gym.  After the Okinawan owner’s death, the legacy was passed on to a man called Todd Mahoney who is the only foreigner to own a certified boxing gym in Japan recognized by the Japanese Boxing Federation. Mahoney divulged that all kinds of boxing champions have been born in Okinawa that I was unaware of, such as Shigeru Nakazato and Akinobu Hiranaka just to name a few.  Mahoney went on to say that some of his junior high school disciples are going to the mainland and coming back winners every month, going from Prefecture to Prefecture and taking home gold medals.  He reckons the reason Okinawa produces so many good boxers is because of the lack of distractions on Okinawa.

All the boxers become very introverted and train that much harder than their competitors on the mainland.  Their training schedules resemble that of Rocky Balboa with lots of running, skipping, punching, sparring, and obviously boxing.  I considered myself to be in quite fine shape until I had the opportunity to watch them train.  Just watching their routines exhausted me.

Any reward that these athletes receive from boxing is truly deserved and the next time you are watching Japanese boxing on television, it will be of no surprise that the toughest guys are coming from Okinawa.