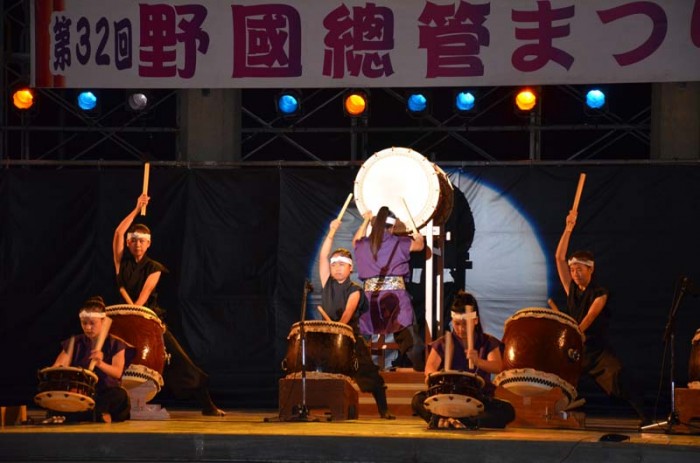 Every year Kadena Town celebrates its great man Noguni Soukan, who, in 1605, brought the sweet potato to Okinawa from China, saving the people from starvation. The annual Noguni Soukan Festival is named after the humble man, whose name even has not been recorded to the posterior, as Noguni refers to the place where he was born, and worked for the Royal Ryukyu Government as a soukan, or manager, of the trade with China.

Noguni Soukan brought home some sweet potato plants from Fuzhou, in Fujian Prefecture in China, and then grew them in his place of birth, the Noguni district of Kadena. From there this tuberous root eventually spread to all of Japan.

Noguni Soukan Festival takes place in Kaneku Kaihin Park near Kadena Marina. The festival was originally scheduled for this Saturday, but because of typhoon Fitow, was postponed by a week to Oct. 12 & 13 and takes place on Sat. from 3 to 9 p.m., and Sunday from 10 a.m. to 9 p.m.

Sunday’s highlight is the Noguni Soukan Parade, and the festival ends with another fireworks display.

Other activities include children’s baseball tournament on both days starting 8 a.m. A haunted house is open to scare the daylights of you starting at 5 p.m. on Saturday, and 1 p.m. on Sunday. Sweet potato digging, karaoke and dance contests are also on tap. Ryukyu Dragon Pro-Wrestling Team that keeps home at the neighboring Navel Kadena, puts on a show on Saturday starting 7 p.m.