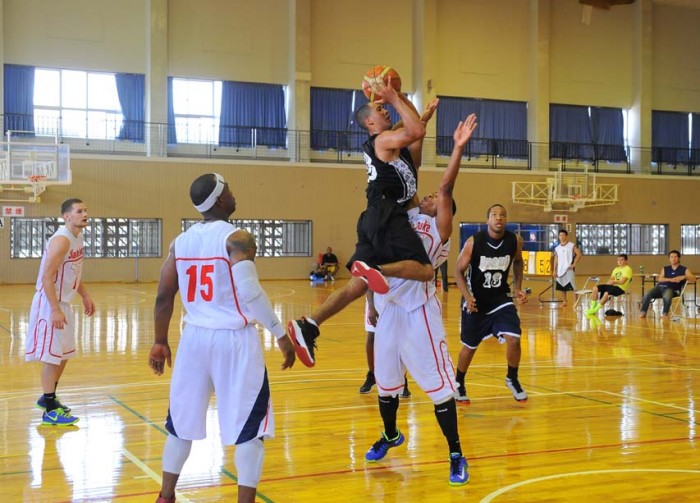 O-League final match was an all American affair with Shake N Bake (in white uniforms) beating Rebound (in black).

When Shun Oshiro established his amateur basketball O-League in 2012 as a “place where players regardless of nationality can exchange friendships through basketball,” he did not know how quick his league would gain popularity and participating teams. 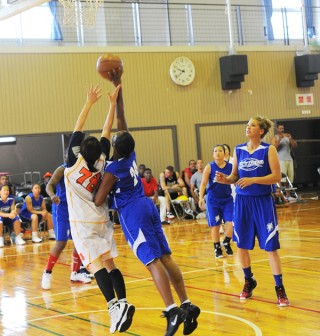 The O-League just finished its third season last Sunday with the League Championship Game. The Champion of the season is the Shake N Bake, an American team of U.S. military members. The runner-up team also is American team called Rebound.

The organizer of the O-League, Shun Oshiro, says American teams are very strong as he had thought, but the level of Japanese teams is getting higher. “I hope we will see the final match between a Japanese and an American teams next season. Anyway, it was very interesting season because many foreign teams joined the league, and we were able to make many international friendships and exchanges during the season. That was one of my goals for the O-League,” Oshiro said. He adds that they can, and will, do more, and try to attract more teams step by step.

O-League includes not only men’s teams, but also a women’s league. The winner of the season in the women’s league was also and American team called STORM, and the runner up was Japanese “Cheers”. According to Oshiro, it was a very close and exciting game. 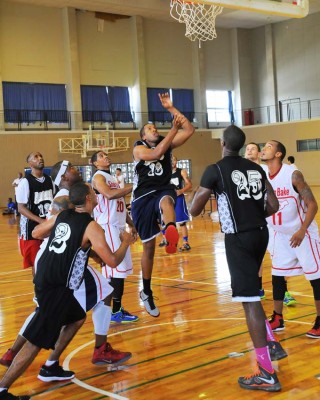 The teams take the play seriously, but at the same time they also have fun and create new friendships.

Oshiro says the most impressive part about this season was the friendship exchange, and also larger and larger audiences, who came to cheer the games.

“We want to grow this league, and make more friendship exchanges through basketball. I have ideas of maybe creating more local leagues in the northern and southern parts of the island, and even maybe a military league, and then play playoffs and the final,” Oshiro muses. “We are also planning an All Star Game of O-League, maybe a Japanese team against an American team.”

He says that there are a lot of basketball players in Okinawa, and he wants to build up their network and have more friendship exchanges between different nationalities.

In his opinion the Japanese teams seem to have fun playing against foreigner teams, and honing their basketball skills against teams that play different style basketball. He was also surprised that American teams researched so carefully their opponents player by player before the matches, and then made plans how to play against the opposing team.

But he says, “The problem is communication skills, I think. We should learn more English and be able to communicate more smoothly.”

The O-League next season will start in November. The league is accepting applications for participating teams right now. The deadline is Oct. 10, and those interested can contact them by e-mail syun.ooshiro@gmail.com The League website is at http://www.o-league.jp/ There’s also a Facebook page for the O-League.

Also, the league is looking for referees. “If you or someone you know has a referee license, please join the league,” Oshiro says.

The next season runs from November through February 2014. The league games are held on weekday nights. The locations are released on the league website later.

The article about Shun Oshiro is at http://www.japanupdate.com/2013/06/amateur-basketball-gains-popularity-in-okinawa/)