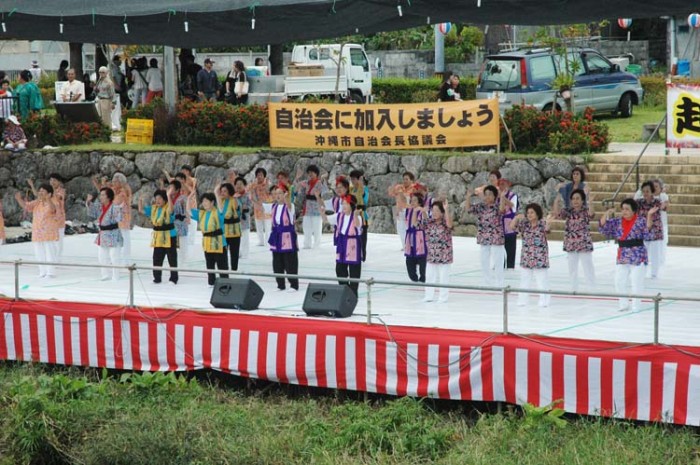 Performers from eight districts on Okinawa take on stage.

Okinawa City’s Goeku Park, a river waterfront park near the Koza crossing, is the venue for this weekend’s 6th Goeku Jouka Machi Festival, paying homage to the district’s past. 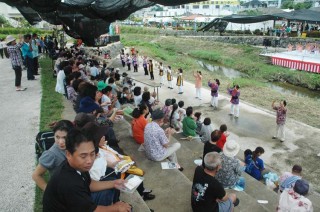 Goeku Park is located in the heart of Okinawa City on the banks of a small river.

The Saturday and Sunday festival is free, and open to the general public 5 p.m. ~ 9 p.m. both days.  Music is the common denominator for visitors, with everything from youngsters breaking down the house with their hip-hop moves, to the Hawaiian hula, to a taste of Chinese culture, dances from elderly groups, and of course, the show-closer, Okinawa Eisa.

Goeku Castle existed in the area in the 11th century, but it’s heyday was a relatively short period and began deteriorating and falling apart.  Today, many people don’t even realize it once has been there.

Thanks to modern technology and knowledge, many valuable items originating from overseas have been found on the old castle site that indicate that the castle was very active in trading in that era, prving that Goeku Castle was an important hub during it’s time.

Determined not to let the past die away, this weekend the Goeku district in Okinawa City invites all Okinawa to the 6th Goeku Joukamachi (castletown) Festival. On the stage there will be performances from eight districts within Okinawa. Admission to the festival is free.