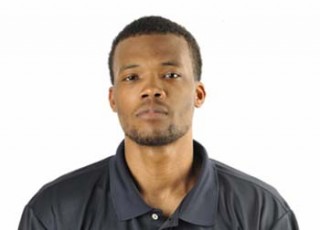 Draelon Burns is the newest face in the Ryukyu Golden Kings’ lineup.

When a basketball team’s top scorer gets a pink ticket for a trade, you know the Ryukyu Golden Kings are looking for something special.

That’s exactly what happened this week with Scootie Randall, who got his walking papers from the Golden Kings even though he’s the team’s top scorer averaging 16.3 points per game, was a team leader in rebounds, and tallied free throws 85% of the time.  Randall was released to the Iwate Big Bulls in order to get Draelon Burns.

Burns, a 28-year-old from Wisconsin, graduated from DePaul University before coming to Japan to play for the Yokohama B-Corsairs, where he led the team to the finalsw and won the championship last season.  The 194Cm, 95kg Burns was supposed to be traded to the Akita Northern Happinets earlier this season, but that trade was stopped by an eye injury.

Okinawa made the change, says a Kings official who explained “Scootie did a great job for the Kings, and his personality was also great and he had a lot of possibilities, but aiming for our final goal we decided we needed to do it.  It was a very very hard decision.”  The Kings say their weak points over the past ten games were something that required change, and they felt it would come in the form of Draelon Burns.

Burns says he’s “doing hard work recovering from my eye injury, but my big goal is capturing a championship  this season, too! My choice was the Golden Kings because it is the team with the best chance of winning one.”  Doctors say he’ll be fine, and Okinawa says it made the move because they’re willing to take the risk.

Scootie says “I’m appreciative to all fans. Since my first day in Okinawa, fans are very warm, and I felt the Kings were a very good team.”