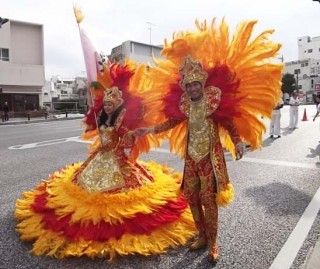 The parade on Gate 2 Street, Saturday, promises plenty of color as samba performers join the procession that starts 2:30 p.m.

The celebration takes place at Carnival Park Mihama, with Friday’s events and performances from 7 p.m. ~ 9 p.m. On Saturday, the action moves to Okinawa City, where it teams with the Okinawa International Festival starting at 2:30 p.m.

The first half of Friday’s action will be a samba show and performance of the traditional Brazilian combination of martial arts and dance, Capoeira. After the show, there will be a public rehearsal of the Brazilian percussion.

On Saturday, samba performers and entertainers will join the International Carnival parade in Okinawa City, which starts at 2:30 from the Sonda district. Visitors can also catch samba action on stage from 5:30 p.m. – 6:30 p.m., and at the live music house Seventh Heaven from 8 p.m. – midnight. 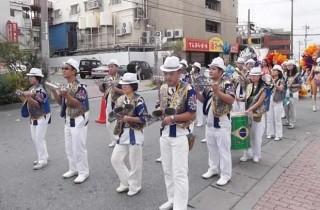