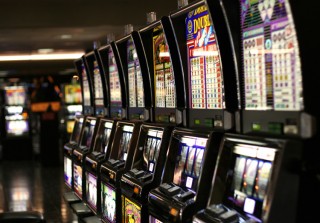 With an eye on 2020 Summer Olympics Tokyo is again pushing for a permit to open a casino, a move that other prefectures, including Okinawa, keep a keen eye on.

A developer, a media company and a builder have joined forces in an effort to secure a license for the first-ever casino and resort in Tokyo.

The three businesses –Mitsui Fudosan, Fuji Media and Kaijima Corporation—are buoyed by the prospects of a law being passed soon that will legalize gambling in the nation’s capitol.  The companies insist they’re not being premature, noting they believe their chances are good for seeing a bill passed soon, thanks to Tokyo winning the bid to host the Summer Olympics in 2020.

Their concept is to construct a sprawling facility near Tokyo Bay, in Odaiba.  The complex would include the casino, a hotel and a conference center.  Nothing will go beyond the rough design stage at this point, says a spokesman for Mitsui Fudosan, who reiterated the fact nothing can happen without a new law being passed.

“Our role in this project would be to get involved and make a contribution to help Tokyo become a more attractive city,” is how Mitsui Fudosan’s executive managing officer, Masatoshi Satou, explains the project, adding “it is totally up to what happens to the bill and the direction of the government.” Neither Mitsui Fudosan or the two partners, Fuji Media and Kajima, would provide specifics of their dream project, except to explain they’ve already provided their plan to the government.  The plan, they say, calls for developing the casino resort as a part of a special economic zone.

Observers say the time could be ripe for casinos to come back into the news; it’s been nearly a dozen years since not only Tokyo, but other communities began talking about it.  At least ten other municipalities, including Okinawa Prefecture, are thought to be interested in pursuing a casino-resort arrangement, perhaps as part of a larger theme park concept.

Lawmakers began meeting this week to talk about their ideas for a plan.  Led by Liberal Democratic Party politicians, the 100+ Diet members say they’ll craft a bill to be submitted during the present legislative session.  If legislation could be pushed through within the year, it’s thought possible to have a facility ready before the 2020 Olympics.

Las Vegas Sands Corporation, MGM Resorts International, Wynn Resorts Ltd., and Melco Crown Entertainment are all said to have expressed an interest in breaking into the Japanese gaming market.