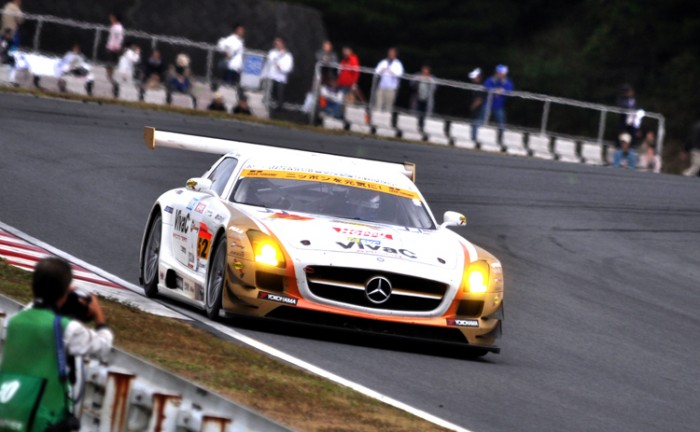 Race fever is making its way to Okinawa, where a local outfit has jumped onto the international motor race circuit –and finished well up in the pack — with an eye to having one day a grand prix style race here. 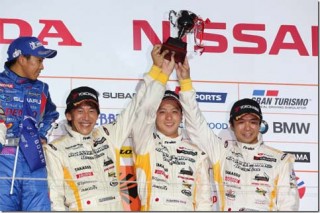 Okinawa International Motorsports Project., Inc., is already well into conducting motor sports events on the island, but is expanding focus.  This weekend it’s sponsoring the Okinawa PMP Festival at Chura Sun Beach as a triumphant return to the island for its race team that finished in 5th place in the Super GT 300 race series.  The Saturday and Sunday Festival will give Okinawans a chance to see the race car, meet the drivers and pit crew, and see it run. A triumph return parade takes place both days.  Saturday festival hours are 5 p.m. ~ 9 p.m., and Sunday the festival operates 9 a.m. ~ 6 p.m. 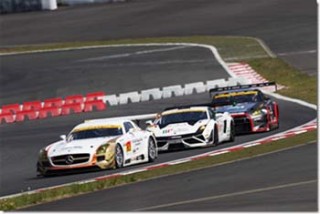 The first race for the IMP team was in Okayama where the team finished fourth.

Okinawa IMP’s goal is to create a public road race course in Tomigusuku, a first for Japan.  To demonstrate the interest Okinawa has for such a project, the IMP team began racing on the international circuit. Many motor sports races take place on public roads, including the F-1 Monaco Grand Prix, and the Macau Grand Prix held each year in November.

The festival pre-event Saturday begins at 5 p.m. at the Chura Sun Beach lighting ceremony, followed by the SLS AMG GT3 exhibition. On Sunday, the exhibition begins with team greetings and a talk show at 9 a.m., including photo sessions with the race queens, and the parade.  Okinawa IMP’s race team – team representative Kazuya Tazawa, 1st driver Hironori Takeuchi, 2nd driver Takeshi Tsuchiya and team supervisor Masashi Miyata will all be on hand.

More information on Super FT race series is available on the Super GT English language website is at http://supergt.net/pages/pg:index/device:pc/ln:en