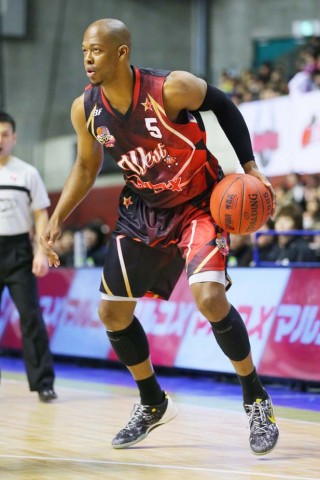 The Western Conference had a shaky first half before rallying, but it wasn’t enough to overcome a 15-point deficit, allowing the Eastern Conference to hang on to victory in the 2013-2014 Basketball Japan League All-Star Game Sunday.

A crowd of 4,572 watched the contest being played for the first time at Akita Municipal Stadium, where the West struggled in the first half, down 29-14 at the half.  The East was hot with three-point shots, picking up points on 14-of-54 attempts during the game, most in the first half.  Akita coach Kazuo Nakamura led his East squad with more or less traditional basketball tactics, focusing on a perimeter-based attack.

The West bounced back in the second half, overpowering the East 26-21 in the third quarter and 25-19 in the fourth, but it wasn’t enough. Yuki Togashi, playing only his second professional season, topped the East with 23 points, including five assists as he won the MVVP honors.  Officials point out Togashi is the youngest player ever to capture the MVP trophy. 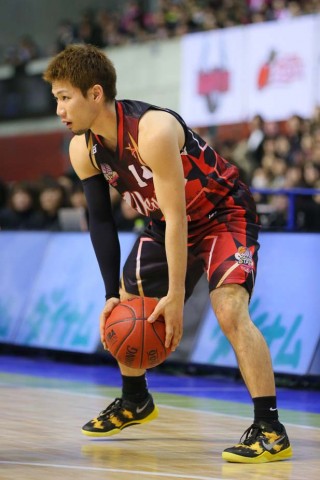 Marshall Brown of the Shiga Lakestars picked up 21 points and 10 rebounds to lead the West, while Jeral “Stretch” Davis had 14 points plus nine rebounds. Atsuya Ota of the Hamamatsu Higashimachi Phoenix scored nine points, while Ryukyu Golden Kings starter Anthony McHenry had seven points, seven rebounds and six assists for the West during his total of 27 minutes on the court. Kings’ Ryuichi Kishimoto who stepped into the game four minutes before the end of the 1st quarter, played 17 minutes scoring three points and one assist. Zach Andrews of the Osaka Evessa picked up four points and eight rebounds, Hikaru Kusaka of the Kyoto Hannaryz didn’t score, and Fukuoka’s Cohey, an eight-time participant in the All-Star game, scored only two.

The All-Star series is now tied with four wins a piece for the East and West. Notably, this was the East’s first win following four consecutive West victories.  Next year’s 10th Anniversary All-Star contest will be played in Gunma.