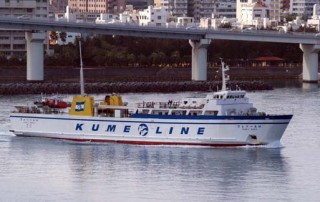 Japanese officials are eyeing ways to use privately owned ships and ferries to trasport troops and supplies in an emergency.

Continuing tensions between China and Japan over remote islands have the government creating contingency plans for recapturing such islands as the Senkakus, using privately owned ships.

Commercial companies are to be asked to allow Japan Self Defense Forces reservists to man the ships in an emergency situation, under a defense plan now being formulated. Sources tell Kyodo News that the troop deployment plan has already been shown to Prime Minister Shinzo Abe’s cabinet.

The Senkaku Islands in the East China Sea, as well as a series of rugged islands in the Nansei Island chain running from southwest from Kyushu, are included in the Abe administration’s plan.  In addition to utilizing commercial vessels, the government is making plans to increase Japan’s use of military equipment that includes both the MV-22 Osprey tilt-rotor aircraft and amphibious armored vehicles.

Tokyo’s thinking is that the Self Defense Forces will encounter serious shortages of equipment and personnel in the event of a conflict, requiring use of commercial equipment and vessels in order to move JSDF personnel and equipment to and around war zones.  Use of reservists is being considered because of concerns about involving civilians in a potential war zone.  Japanese law also stipulates civilians are not permitted in such contingency areas.

Reservists assigned to the Ground Self Defense Force number 31,000, while there are 700 reservists in the Maritime Self Defense Force and 600 in the Air Self Defense Force. There’s a precedent for seeking commercial assistance; during the Gulf War two decades ago, the government of then-Prime Minister Toshiki Kaifu asked Japan Airlines to assist with transporting refugees from danger zones.  JAL rejected the government’s request, explaining there was opposition from its labor union.

The Kaifu administration then chartered U.S. aircraft to transport the refugees.

The deployment plan says it would be hard to persuade labor unions to agree to allow work in warlike conditions if an emergency breaks out.