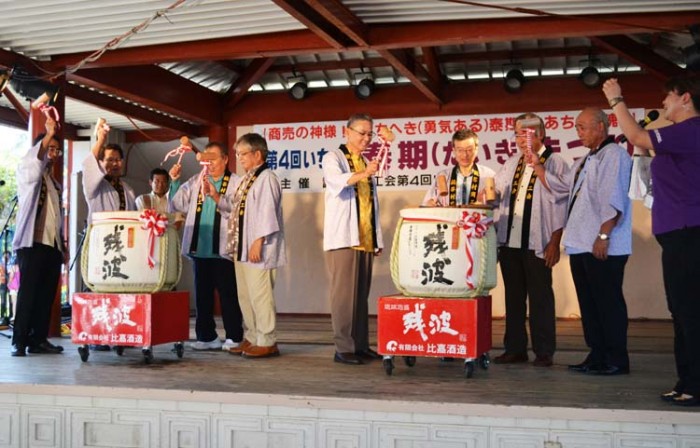 According to Okinawan history, in the latter half of the 14th century a man named “Taiki” who was from Uza, Yomitan, received a command from his brother Chuzan King Satto, to begin trade with the Chinese. Taiki managed to establish tributary relations with China, Chuzan thus becoming the first foreign country to be granted such rights. 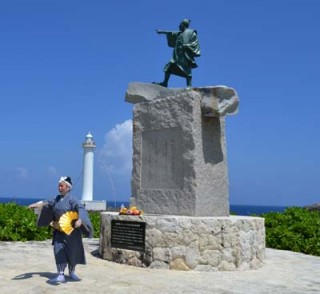 After 15 years of effort Taiki finally is honored with a statue that was erected to Cape Zampa park.

Taiki’s courage, sense of duty, leadership, outstanding business skills and international way of thinking led his influence to continue far into the future. This is why “Taiki” has come to symbolize the god of thriving business.

JA Farmers’ Market Yunta Ichiba is holding an event called Taiki Festival in honor of Taiki this weekend for the fifth time. There will be 21 stands with Yomitan products from foods to tourism information. Stage performances are also in program on both days from noon until 7 p.m.

To get to Yunta Market, take Hwy 58 north from Kadena. At the first traffic light after the intersection of Route 6, turn left and continue straight until you see Yunta Market on the left.