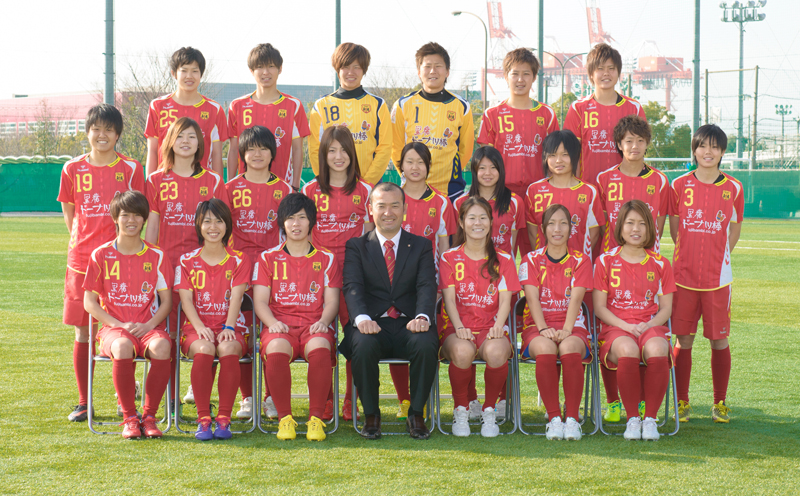 INAC Kobe Leonessa, Japan’s most popular and most successful women’s soccer team, is currently having a spring training camp in Tamagusuku, Nanjo City.

Okinawa’s warm weather is the perfect environment for sports spring training, as professional and semi-pro teams go through their paces. 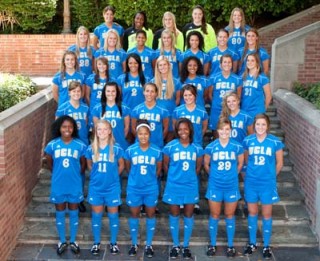 UCLA Bruins is last year’s NCAA champion team currently having their camp in Nakagusuku, and will face INAC Kobe on Sunday.

Overlooked by the invasion of professional baseball teams from mainland Japan and Korea this month are the women’s soccer teams preparing for their upcoming season.  INAC Kobe Leonessa, the most popular female soccer team in Japan and winner of the Nadeshiko League championship, is here, gearing up for its first pre-season match on March 23rd.  The INAC Kobe Leonessa takes on the UCLA Bruins at 1 p.m. at the Okinawa Prefectural Athletic Park in Awase, Okinawa City.

Tickets for the March 23rd event are already available at Family Marts on Okinawa at ¥1500 for adults in advance and ¥500 for junior high and high school students. Kids under 12 years are free to join. All tickets are ¥500 more at the gate.   Tickets are also available at the Japan Update Office by calling (098) 943-6180, or emailing info@japanupdate.com. Details are also available on the Japan Update Facebook page.

In addition to winning the Nadeshiko League, League Cup, Kougou Hai and IWCC2013, which no team has ever done before,  INAC has many popular All Japanese players such as Homare Sawa or Nahomi Kawasumi, who moves to Arsenal LFC this season, on the roster.  The All Japan female squad won the last FIFA Women’s World Cup against the U.S. at the final match in 2011. INAC Kobe Leonessa is the highest-level team in Japan, playing at world level.

On the other side, INAC Kobe Leonessa faces the UCLA Bruins, which won the #1 position in America’s NCAA championship last year. The U.S. women are ranked best in the world, and their university skills are polished. The UCLA Bruins were established in 1993 when the women’s soccer became a NCAA sport. The first head coach was Joy Fawcett who participated in the Olympics three times, winning gold medals twice. UCLA is a prestigious university with a great sports record, and it’s alumni holds the record number of Olympic Gold medals, 250.

Here in Japan, almost everyone knows INAC Kobe Leonessa because of its talented squad.

The FamilyMart Dream Match  with INAC Kobe Leonessa vs. UCLA Bruins has the venue opening at 10 a.m. on March 23rd.  A soccer school begins for select Okinawan school students at 10:30 a.m., and the match begins at 1 p.m. There is limited parking at the venue, and spectators are advised to use public transportation. Details on free shuttle busses will be announced later.  Organizers say the match will be played “rain or shine”.