Golden Kings roughed up by Takamatsu 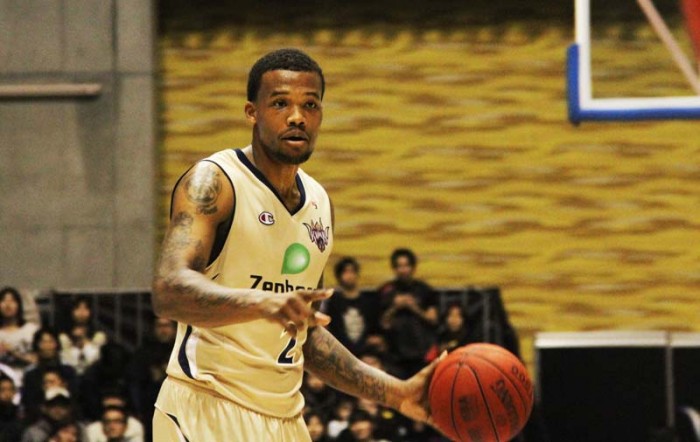 Draelon Burns shot 16 points in Saturday’s game, from which the Kings was able to squeeze out a victory on overtime (file photo).

The latest Ryukyu Golden Kings win streak came to a screeching halt in Takamatsu City, foiled by a mediocre Basketball Japan League team with a 21-29 record who didn’t care that the visitors had the best record. 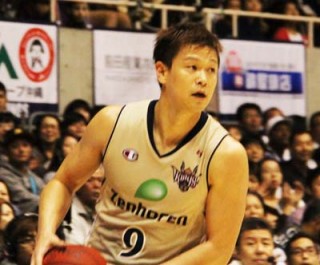 The Takamatsu Five Arrows pressured Okinawa from the start, sending Saturday’s game to overtime before the Golden Kings finally eked out a 79-69 victory.  It was red hot shooting in the extra stanza, Okinawa outshooting the Five Arrows 14-4, that settled the contest.  Pacing the Golden Kings was Anthony Henry with 17, followed by Draelon Burns with 16 and 11 for Naoto Kosuge.

“I imagined Takamatsu would face us desperately grabbing  onto the sixth playoff slot,” said Golden Kings head coach Tsutomu Isa.  “I told the team to give out more, but Takamatsu’s level had gone up, resulting in this kind of game.”  His optimism was for naught, though as his squad’s four-game win streak hit the ropes, losing 62-59.

A dejected Okinawa coach said “Takamatsu was very persistent in their last home game. They wanted this victory more than we did, which led them to play a great game.”  Coach Tsutomu Isa explained “their persistence took over the ball and resulted in turning the game over, but we only have ourselves responsible for this loss, and will fix the mistakes.”

With a weekend to go in the regular season, the Golden Kings are 41-9.  Okinawa is on the road, facing the Hamamatsu Higashimikawa Phoenix.  The Phoenix visited Okinawa only a few days ago, where the 27-23 mainland team was trashed twice in front of the Golden Kings home fans.

This past weekend, the Phoenix split a road series with the Nara Bambitious.  Saturday saw victory for the Phoenix, 87-70 over the first year Nara team.  Bambitious bounced back Sunday, pulling off a 75-71 win.  The Shimane Susanoo Magic swept their series against the Shiga Lakestars, 89-83 and 74-71.  The lowly Susanoo Magic improved to 11-39 with the victories, while the Lakestars are now even at 25-25.

The Shinshu Brave Warriors put on a disappointing home court performance Saturday, surrendering to the Shinshu 893ers 101-85.   Fired up, the Brave Warriors pushed and shoved their way to a 113-91 win Sunday, moving to 31-19 with the playoffs only two weeks away.  Fukuoka worked their way to a split against the Osaka Evessa, picking up a 72-71 win Saturday, only to lose 72-66 on Sunday.  Fukuoka Rizing is now 26-24 on the season, while Osaka is 22-28.

The Iwate Big Bulls weren’t in the mood for any nonsense, pushing their win streak to ten with a pair of victories over the Gunma Crane Thunders.  It was a road show for Iwate, winning 74-68 and 80-77, locking in third place in the Eastern Conference while boosting their record to 38-12.  The second Fukuoka team, the B-Corsairs, swept their series against the Tokyo Cinq Reves, 82-66 and 96-88. Tokyo falls to 13-37 while Fukuoka is in the middle of the pack at 24-26.  The Aomori Wat’s also found being on the road a pretty good deal, sweeping the Saitama Broncos 94-75 and 88-76.  The Wat’s now 26-24, while Saitama’s in the cellar with a 5-45 record.