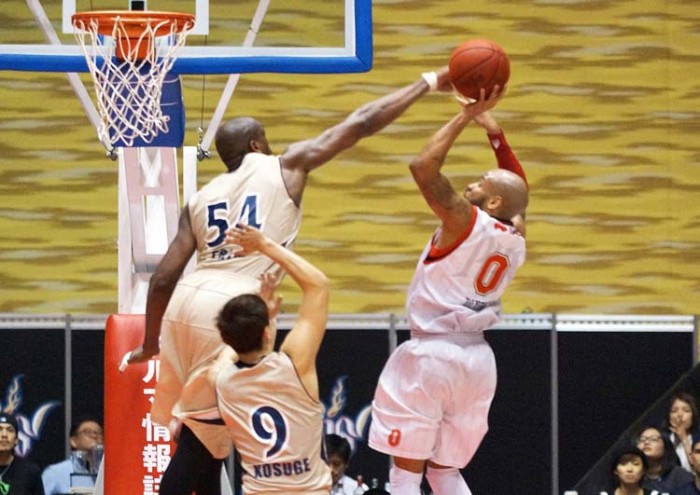 The Ryukyu Golden Kings made their regular season home court finale an event bringing Okinawa fans to their feet as they bulldozed their way past the Hamamatsu Higashimikawa Phoenix. 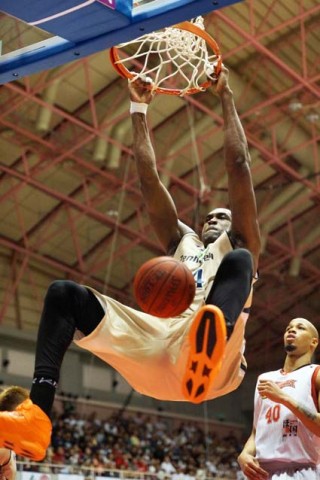 The home series sweep began with an 87-77 drubbing, led by Draelon Burns’ 30-point performance, and a series of five three-point shots pocketed by teammate Naoto Kosugi.  Ryuichi Kishimoto dumped in 14 while Kibwe Trim scored another ten in the win.

Head coach Tsutomu Isa was concerned about not having sparkplug Anthony McHenry available for the game, but was ecstatic “the 11 players each played their role on and off the court, making it a great connection.”  As Okinawa slammed the Phoenix yet again on Sunday, this time by a blistering 80-68 score, Isa said he was “relieved it was one that ended with good results, exceeding the shot making of Hamamatsu each quarter, which was the most ideal game.”  He said his squad was “able to play 80% of the game as we pleased, but for the playoffs have to stretch that to 90% and make ourselves a team that fights back.”

Sunday’s game marked the third time in as many years that the Golden Kings has hit the magic 40 victories mark, moving to 40-8 as it strengthened its Western Conference lead.  Draelon Burns again was Okinawa’s engine, picking up 15 points, a half-dozen rebounds and nearly as many assists as the Golden Kings moved to 24-2 at home. Ryuichi Kishimoto tallied a baker’s dozen points while fellow King Morihisa had a dozen.  Also scoring big were Jeff Newton and Shigeyuki Kinjo, each with ten points. 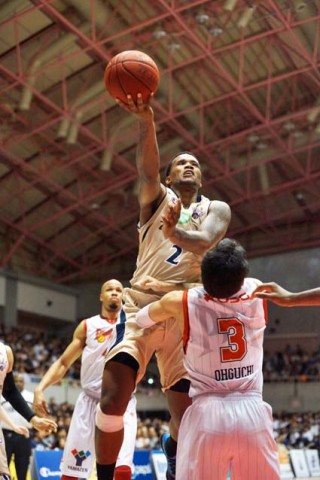 Draelon Burns was the engine that kept hitting on all cylinders on both days of the weekend. (Photo by Junya Nashiro)

The regular season moves down to the wire this weekend, with the Golden Kings taking to the road to face the Takamatsu Five Arrows.  The season caps a weekend later when Okinawa again goes against the Hamamatsu Higashimikawa Phoenix, this time on their home court.

Both ITT and Tours Plus will sell tickets to Kings’ playoff games starting tomorrow. The tickets are on sale through Apr. 25, cost ¥3,500 each and are for the second floor reserved seats in the mid section of the rafters. The number of available tickets is limited and they are sold on first come first served basis.

In the Eastern Conference, the Toyama Grouses put at least a temporary lock on the conference lead, slipping past the Sendai 89ers twice, running their win streak to nine games and a first-ever record of 40 games won.  The Grouses won 106-82 and 95-88 on Sunday.  At 40-10, they’re in good shape as they head to their final regular season act the 26th and 27th against the low-threat Tokyo Cinq Reves.  The Akita Northern Happinets made easy work of the Cinq Reves last weekend, dumping the13-35 Tokyo squad 112-78 and 84-81. Akita’s now 38-12 in the Eastern Conference, needing a pair of wins plus a pair of Grouses loss to put the conference championship into a tie.

The Nara Bambitious squeezed past the host Susanoo Magic, 90-81 in overtime, nudging their record to 18-31, many notches above the Magic, which dived to 8-39.   The Takamatsu Five Arrows, meanwhile, swept the Osaka Evessa, with Sunday’s 72-66 win giving themselves a renewed shot at a playoffs berth.  The Iwate Big Bulls pushed hard over the weekend, sweeping the Gunma Crane Thunders, 76-72 and 87-76.  The wins keep them in the top echelon for the playoffs with a 36-12 record.  The Fukuoka Rizing split its series with the Shinshu Brave Warriors, losing the first 89-67, but bouncing back 92-89, to keep the pressure on Shinshu, which is now 35-13.  The Rizing is still in the mix at 25-23.