White Beach Festival is back to entertain this weekend 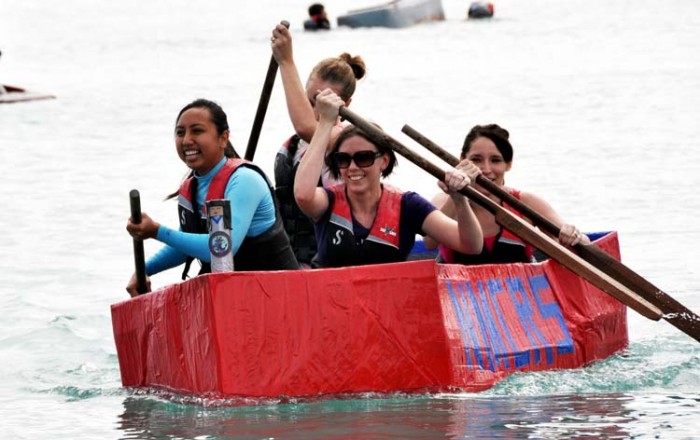 What would a Navy festival be without a boat race – like the White Beach Riff Raft Regatta.

Last year two White Beach Festivals were cancelled, but this spring the event is back, and better that ever. 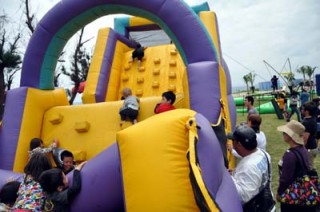 Kiddyland has enough soft places to jump around to keep the smallest festival goers busy and entertained for the whole day.

Organizers welcome everyone to the two-day event Saturday and Sunday that opens at 11 a.m., Saturday, with festivities winding down by 9 p.m. On Sunday, the hours are the same. The White Beach Festival is open to everyone, island-wide, both SOFA status personnel and local nationals. While the public is invited, security officials advise visitors not to bring backpacks, large handbags or diaper bags. Those items will draw scrutiny from organizers and security personnel.

Visitors are asked to bring photo identification such as a passport or driver’s license for entry. Bags will be subject to search, and ice chests or beverage coolers, pets, skateboards and heeleys will not be allowed at the festival. 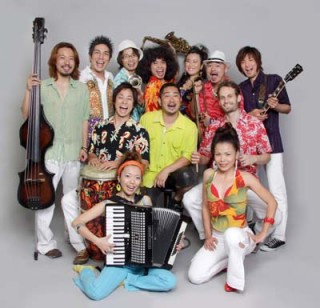 Entertainment will be nearly non-stop through the weekend as the festival planners want visitors to have a good time. Navy MWR assures everyone that there’s plenty to do during the festival, including banana boat rides, kayak races, riff raft regatta, one-pitch softball, 3 on 3 basketball tournament, Kiddyland, and plenty of activities for families and children, tons of food, and games. To top that all off, some 50 teams are participating in the White Beach Haarii or Dragon Boat Tournament.

Foods cover the world. There are vendor booths offering a variety of foods from countries throughout Asia, as well as American and South American entrees. 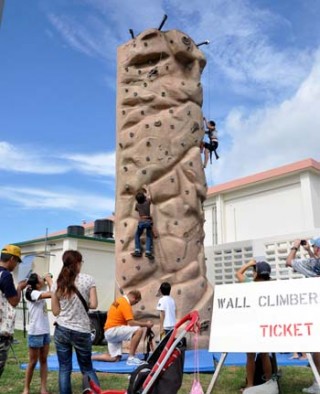 Climbing wall proves who has the fingers and stamina to reach the top.

The line of entertainers include Zamami Brothers Clint Walker Band, and Yui Sakihama on Saturday, and salsa band Kachimba on Sunday. Other entertainment features dance shows from hip hop to Hawaiian and belly dance performances with a magician and taiko drummers thrown in between.

In short, the Navy MWR promises fun filled days for the whole family!