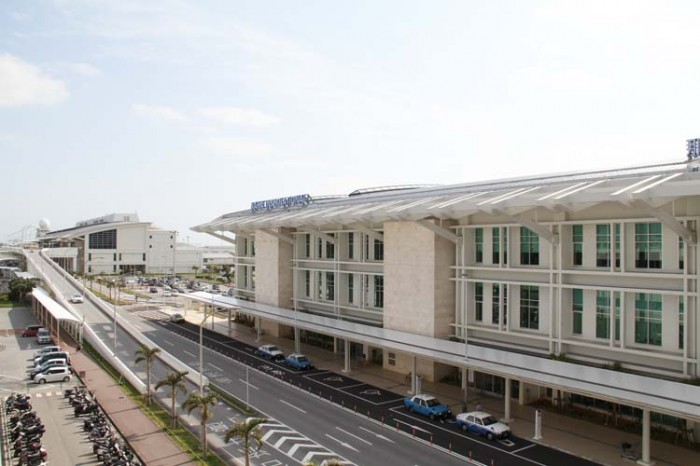 Naha Airport development plans call for closing the gap between the International and domestic terminals.

Tourists are flocking to Okinawa in ever increasing numbers, a boon for the local economy but putting pressure on Naha International Airport’s domestic and international  terminals. 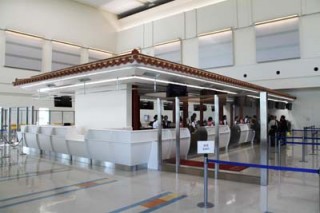 The number of in and outbound passengers at the airport’s new International Terminal has soared from 500,000 in 2011 to 600,000 in 2012, and 900,000 in 2013.  Officials say the visitor influx is much larger than the government had expected, and is expressing concern the increases are overloading the airport’s capabilities.  Okinawa Prefecture is waging major tourism promotions with Asian countries, including personal appeals from Governor Hirokazu Nakaima, and it’s working.

Prefecture officials say the easing of requirements for Japanese visas, coupled with the promotion efforts, is responsible for the rise.  Naha’s Domestic Terminal has already been expanded in the past year to accommodate increased flights by Skymark Airlines.  The stretched domestic terminal is now about 20 meters longer than before, and that’s only the beginning.

Plans are in the works to combine the Domestic and International terminals, allowing passengers to transit from one terminal to the other without having to venture outside.  The design calls for further stretching the Domestic terminal to cross what are now parking lots between the two buildings, linking it with the International Terminal.

The new International Terminal opened in February, replacing an outmoded single story building with a modern four-story building complete with air bridges.  In the old, cramped terminal, passengers were bussed to their aircraft.  With the opening of the new terminal, officials say the passenger complaints have dropped dramatically. 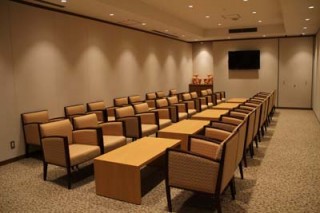 The increase in the number of international carriers serving Okinawa, and the increased frequency of the flights, is already sending airport planners to the drawing board to expand the International Terminal, open now for only a couple months.  The two air bridges with four jetways is not enough, airline officials say.  One airline notes that the new International Terminal would have difficulty handling Boeing 777 aircraft at the gates, because the ramp space is tight.