Nago Summer Festival has something for everyone 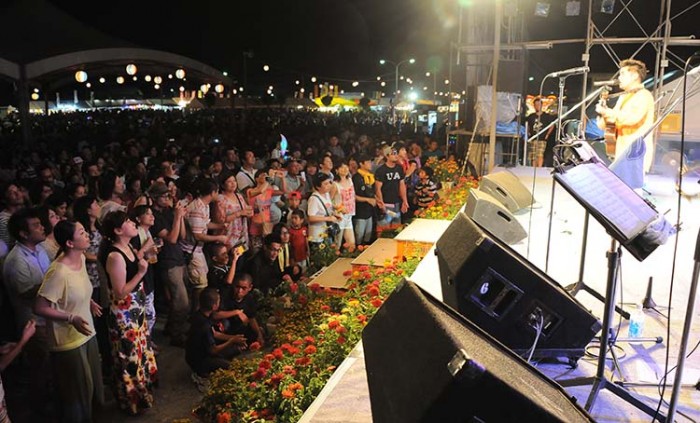 Blue skies and beer festival is the theme for this weekend’s 37th Nago Summer Festival happening at the Nago City Fishing Port. 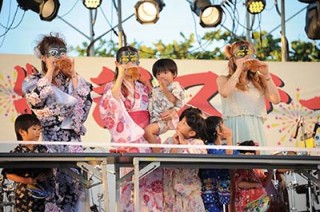 Nago being the home of Okinawa’s Orion Beer, beer chugging contest is a standard feature of the festival.

The two-day event will be filled with contests of beer drinking, a yukata (kimono) contest, dance performances, children eisa and many other events with the most popular on tap being the freshly brewed local Orion beer. Fireworks are also powerful, making a spectacular show of blasting sounds and lights.  The free festival is at Nago Fishing Port in Nago City, running 1 p.m. ~ 9 p.m. both Saturday and Sunday.

Nago City is the largest municipality in northern Okinawa, with this summer’s festival featuring over 60 stalls selling food, beverages and various non-food 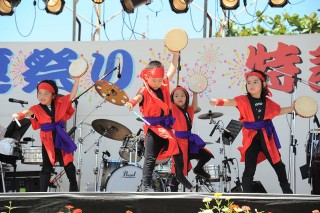 Children’s Eisa is lots of fun.

items. An impressive fireworks display is scheduled at the end of both evenings. The fireworks will burst open like flowers over the heads of the audience, producing explosive sounds and brilliant light. The spectacle can be enjoyed from various locations in Nago.  Some 1,000 fireworks will be launched beginning at 8 p.m.