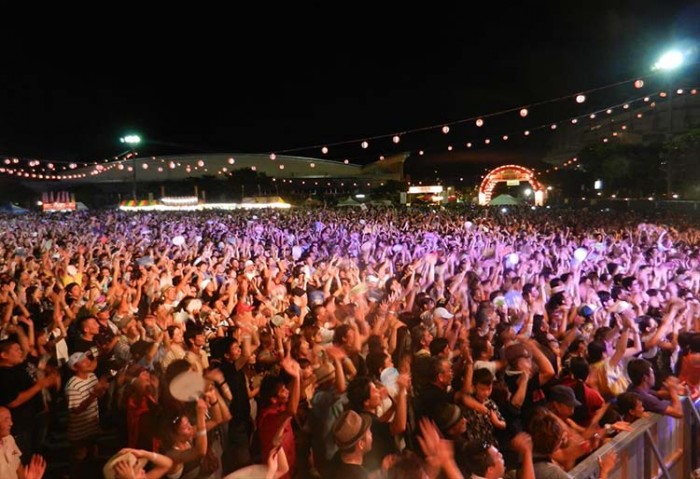 The throbbing beat of traditional drums will be heard across beginning Friday, Aug. 15, and pounding through Sunday, a post-Obon dance celebration that fills the air with excitement and happiness amidst prayers for good health and a good harvest. 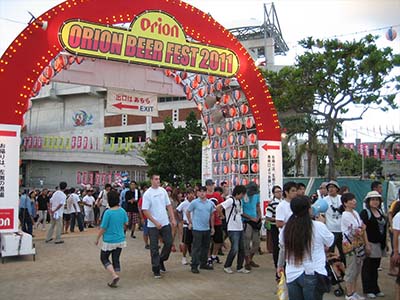 Admission to the bees festival is restricted to those over 20 of age. Children can enter only in the company of an adult guardian. A wrist band that are given to adult visitors at gate is required for beer purchases.

Okinawa City is again hosting what many label as the largest Eisa festival on the island, the 59th Island-wide Eisa Festival on a three-day run.  The Eisa Festival runs concurrently with the Orion Beer Festival adjacent to the Koza Athletic Park and Track and Field Stadium. The fun begins with a parade Friday at 7 p.m.  The parade winds its way through Mutsumigaoka Park, Koza Music Town and along Gate 2 Street.  The pre-festival activities run from 6:30 p.m. to 9 p.m.

Eisa, an Okinawan ceremonial dance using drums, was originally performed to welcome and console the souls of one’s ancestors during the summer ‘Bon’ season, but has evolved into community celebrations.  Eisa festivals are a photographer’s dream, with the steady beat of various drums leading dances to multiple dynamic moves, while the colorful and exotic costumes get spectators caught up in the excitement.

Okinawa City, which has generated countless famous Eisa teams over the years, has been hosting the Island-wide Eisa Festival since 1956, inviting Eisa groups from across the prefecture to participate.  The festival comes after Obon holidays themselves. 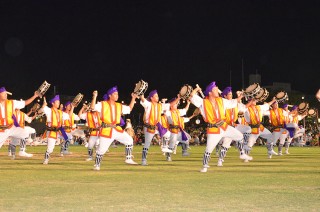 29 Eisa groups from all Okinawa are scheduled to perform in the three-day festival that has taken place every year since 1956.

Festival admission is free, except for entrance to the main grandstand.  The Eisa Festival admission is ¥2,000 for advance S Seats, while A seats are ¥1,200. At the gate Saturday and Sunday, the S Seat Tickets are ¥2,500, while A Seats remain ¥1,200. Watching the Eisa from standing areas is free!

Entry to the Orion Beer Fest is free, although the food and beverages go for whatever visitors want to purchase.  The Orion Beer Festival runs Saturday and Sunday with gates opening at 4 p.m.

Orion Beer is Okinawa’s home-grown beverage, and next weekend’s Orion Beer Festival in Okinawa City’s Koza Athletic Park is a chance for the company to tout its product while offering top notch entertainment to the community.

A half-dozen name bands, including two of Okinawa’s best known, will perform during the two-day festival. Apart from the kegs and kegs and kegs of Orion beer, there’ll be a bevy of food vendors pitching their products on the festival grounds, and fireworks cap the evening both nights shortly before 9 p.m.

Organizers say they want the 2014 Orion Beer Festival to be fun for everyone, but note that there are rules to be followed. Individuals under age 20 may not drink, although they may enter the festival grounds when accompanied by an adult sponsor. And everybody should remember that drinking and driving don’t mix.

All alcohol must be purchased from the Orion beer booths, or at other festival vendors. Orion Beer is being sold at the venue for ¥300 per cup.  No cooler boxes, bottles, gas, fireworks, stones, pets, blocks and stakes are permitted. Likewise, tables, parasols, chairs and bicycles may not be brought to the festival venue. Towels, sunshades, hats and caps are permitted and encouraged, and visitors are also urged to drink plenty of non-alcoholic fluids.

Only registered vendors may sell products at the Koza Athletic Park. Smoking is permitted only in designated areas, and dogs and other pets are not permitted. All visitors are urged to be courteous in recycling bottles, Pet-bottles, paper, plastic and recyclable waste. People who drink alcohol need to wear a wristband, which will be served at entrance as a proof of age. People should show ID card with picture for getting the wristband.