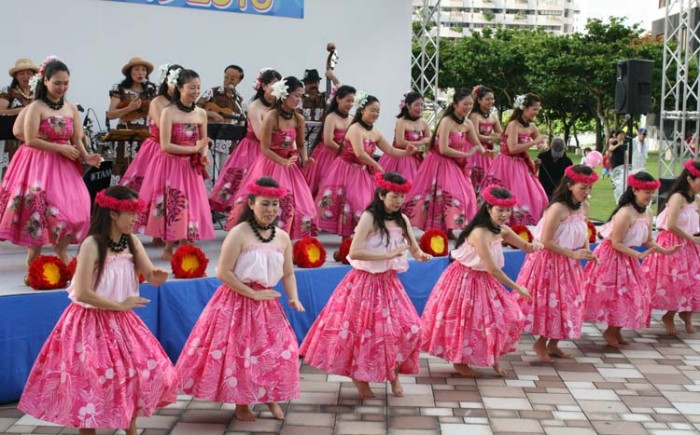 Music is the heart of any festival, and Tomarin Festa beginning its three-day run Friday is promising the very best of jazz, as well as Okinawan and Japanese tunes, as well as a smattering of other events that include sumo wrestling and a tuna filleting contest.

The Tomarin Festival takes place at the open air space next to the Tomarin and the Tomari Wharf Terminal Building in downtown Naha.  Attendance is free, but foods and beverages at the Tomarin Beer Garden open all three days from 5 p.m. ~ 9 p.m. are pay-as-you-go. 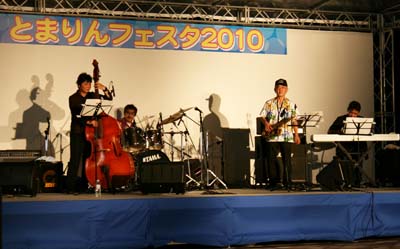 The first day of the festival is Jazz night. An Okinawan local singer, Takako Afuso, presents a jazz show, and a young jazz artists’ performance will take place hosted by Rintaro Karimata, a popular announcer in Okinawa.  On Saturday, highlights include ‘Yuru-kyara’, which is mascots created to promote municipalities of Okinawa, Athletic Competition, as well as a Hawaiian Hula show by many local Hula Groups. Sunday’s lineup lets visitors see the ‘All Island Kakuriki Championships,’ which is a typical Okinawan Sumo.

At night on both the second and third days of the event, live music is scheduled Okinawan songs hit maker, Shuken Maekawa, and the Kuwamura Band from mainland Japan, a tribute band to Southern All Stars, one of the most popular Japanese bands.  Other than that, the Beer garden and big Tuna slaughter performance are scheduled. A perfect time for listening to music and beautiful sunset?

Tomarin Beer Garden is located on the event deck of the Tomarin Terminal Building, 2nd floor.  It operates throughout the Tomarin Festa from 5 p.m. ~ 9 p.m.