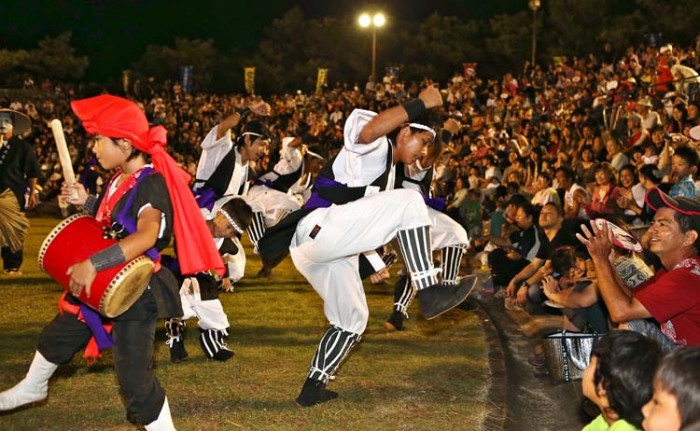 At Nago Youth Eisa the audience is very close to the dancers. 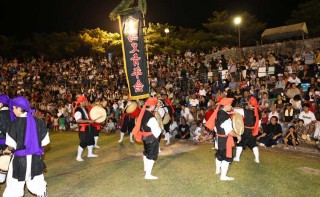 Eisa in Nago and other northern parts of the island is said to be the most traditional style of all.

Youth groups and the Junior Chamber of Commerce in Nago are hosting the festival at the forest park open area from 6 p.m. ~ 9 p.m.  Admission is free.  Eisa of the northern Okinawa areas is often described as an old style Eisa dance.  In fact, one of the groups in the festival, Bi-mata Eisa, is well known for their performance only by males, and ‘Gusuku Eisa’ performs dance without drums.

In the Nago Youth Eisa Festival, there are two kinds of stage performances. The first part is kids’ Eisa performances by kindergartens.  The main stage is the youth Eisa performance.  Six youth groups of in the region will show their impressive dance.  The open stage of the festival site is in the round, and the audience can enjoy shows very close to dancers.  In the finale, everybody dances the Kachashi together.

In the event of rain, organizers say the Nago Youth Eisa Festival will be postponed one day, to Sunday the 21st.   Visitors are cautioned that cooler boxes are not permitted at the festival site, and because of the large crowds, it is recommended that public transportation such as busses or taxis be used to reach the venue.