FIBA warns Japan to be excluded from international play 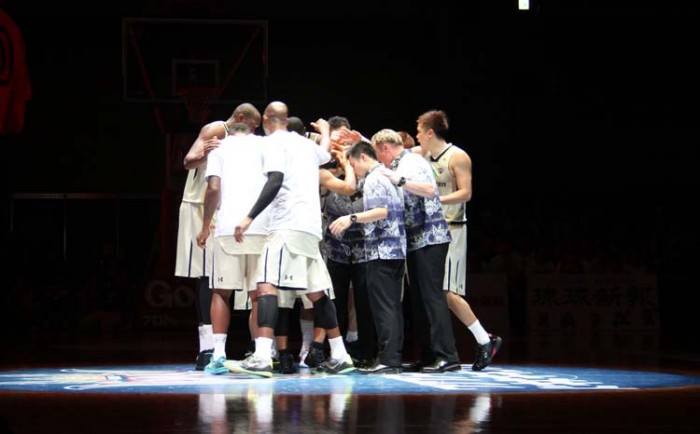 The whole Japanese basketball is about to take time out as FIBA threatens to shut Japan out of international competition unless the two Japanese pro-basketball leagues, NBA and bj-League can come to terms and merge into one. The deadline looms at the end of this month.

Failure to merge its two professional basketball leagues has led to notice Japan will be deemed ineligible for international play starting next month.

FIBA, the world basketball governing body, has notified the Japan Basketball Association the merger between the National Basketball League with 13 teams, and the bj-league with its 22 teams, must be completed before the end of this month.  Japanese officials say a merger will not be accomplished, or even nailed down, before the deadline.

All of Japan’s national teams, both men’s and women’s teams, will be banned from international competition, including the upcoming Olympics.  The Olympics ban has the women’s team more than frustrated because it appears for the first time to be able to qualify for the 2016 Olympics.  The women won its first Asian Championship title in 43 years last year.

Yasuhiko Fukatsu, the Japan Basketball Association, immediately announced his resignation after the warning from FIBA, explaining it will be something beyond difficult to conclude a merger between the two leagues any time soon.  Fukatsu explains that “FIBA has pointed out our lack of governance, particularly seen in the unification of the two leagues, but in order to achieve this, the JBA and the two leagues have agreed to form a single league, but we have not received final agreements at this point.”

FIBA contends that having two leagues violates its rules because the Japan Basketball Association does not have full control of basketball in Japan.  The 69-year-old Fukatsu says he resigned ahead of the deadline because “I took responsibility, and the JBA will now be able to move forward with a new structure.  I judged they’d proceed better under a new person.”  JBA vice president and NBL chief operating officer Mitsuru Maruo has taken over as acting president.

Members of the new professional league committee have been dropping hints that some clubs, mostly the corporate-owned NBL teams, are balking at the rules required to join the new league.  The new consolidated league is supposed to begin play the 2016-17 basketball season.  As he was departing, Fukatsu suggested the new league committee will soon begin assembling teams who want to be a part of Japan’s professional basketball league.