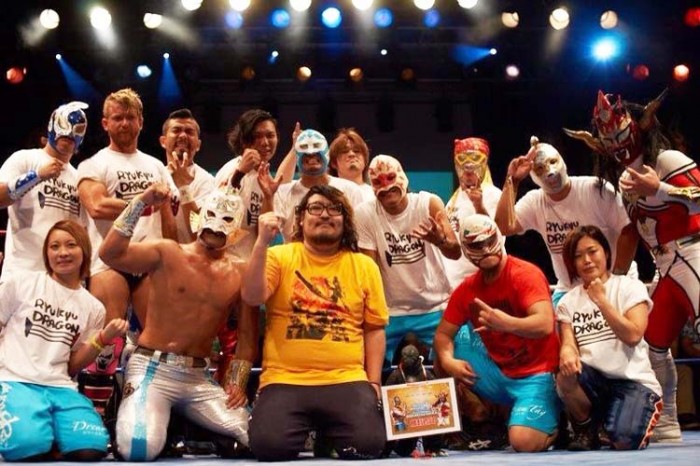 Ryukyu Dragons pro-wrestling team has its home at Navel Kadena.

Ryukyu Dragon Pro Wrestling is home based at Navel Kadena Shopping complex on the 3rd floor above the game centre, offering live shows most weeks, much like those seen on World Wrestling Entertainment in America.

Now just over a year old, Ryukyu Dragon pro wrestling is fast climbing the ladder as one of the most entertaining Pro Wrestling companies in Japan. Boasting some of the biggest names from wrestling around the world and the Orient, Quest is starring in some of their bigger shows throughout the year. 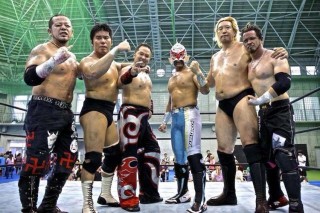 The pro-wrestling bouts usually take place on weekends on the area on the third floor of Navel Kadena.

The company takes pride in having characters and gimmicks unique to the Island, The head of the company, Gurukun Mask takes his name from a tropical Okinawan fish. Hibiscus Mii, one of Japan’s top female stars originally from Tokyo, now gets her name from a Ryukyu kingdom flower. Many on the full time roster have Okinawan names. The company also has one full time western Wrestler, Ryukyu Dog Dingo, He comes from Australia and has wrestled in Japan full time for more than nine years and around the world, including America and Canada. He also represented Australia on the national Olympic Freestyle wrestling team in 1992, and has wrestled more than 20 years.

For something new and exciting to do, or to take the family, you can’t beat an evening with Ryukyu Dragon Pro Wrestling action, and at the same time getting behind a local company. Weekend show tickets start from ¥2,000 for adults, Kids under 10 are free and high school kids pay only ¥1,000, a great value for some live wrestling show entertainment. Tickets may be purchased in either dollars or yen.

For more information Ryukyu Dragon pro wrestling has a Facebook page for show times and updates on festival shows around the island or Ryukyu Dog Dingo can be reached direct at his Facebook page under the same name.