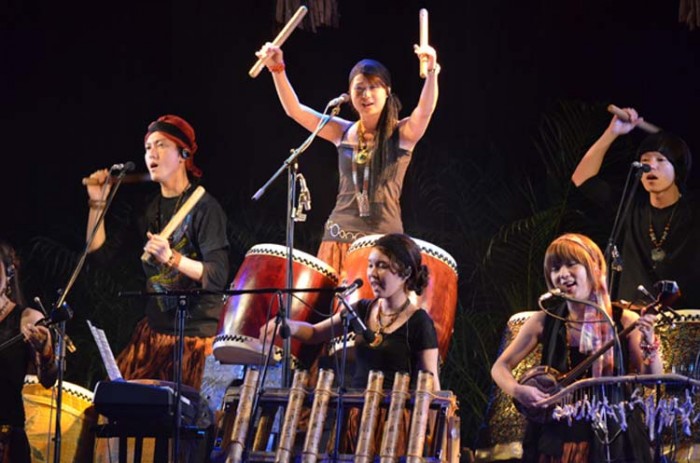 Musix 2014 performances have definitely an Asian flair with several of the performers coming from neighboring Taiwan.

The Okinawa International Asia Music Festival ‘Musix in Koza’ is bringing an exciting slate of performers to stage in Okinawa City, beginning with a joint concert with traditional art of Taiwan and Okinawa local artists on Friday. 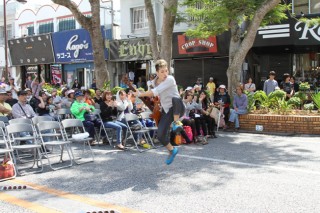 “Rock, Pops and Okinawan folk songs… Okinawa is filled with a variety of music. ‘Musix in KOZA’ has everything you want to see and listen to.”  That’s how organizers define Musix, which is running in conjunction with the Okinawa International Carnival and Gate 2 Festival. Musicians and music fans will flock together across different countries and genres, teaming local veteran bands, young indies bands, and professional musicians from Okinawa and off-island to pump up the streets and live houses in Koza.  Overseas musicians will attract music fans too.

The joint concert with traditional performing art of 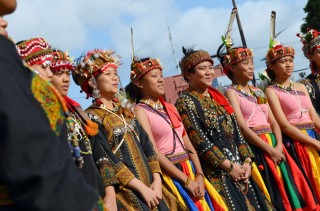 Taiwan and Okinawan local artists takes place tomorrow night.  Taiwan folk performing art in impressive costume and unique makeup, and the lion dance which is performed not only in Japan but in Canada, Viet Nam, Brazil and Europe, will attract people.   From Okinawa, Hidekatsu and ‘AYAMIYA no UTAGE’ will go on the stage.  Doors open at 6 p.m. for the 6:30 p.m. concert on the 3rd floor of Koza Music Town Otoichiba.  Advance tickets are ¥2,000, or ¥2,500 at the door. Tickets are on sale at Familymart e-plus and at Koza Music Town Otoichiba.

A Musix pre-event at Koza Music Town Otoichiba is free.  The pre-event is on the first floor.

A free parade of Taiwanese traditional performing arts groups and lion dance takes place Saturday.  There will also be street live events and music at live houses.  All art free except at ‘Queen’.  Times and places for music can be checked at http://musix-okinawa.com/topics/livewalker/.  On Sunday, a series of free street live events take place in Okinawa City, and at live houses.

Originally produced with the idea of introducing Okinawan music to the world, Musix has become an exchange process marking the island as the cultural center of Asia.  The notion’s so strong, organizers decided to signify by its name Okinawa’s the place where MUSIC crosses, and thus the ‘X’, producing MUSIX.