Zanpa JAM, a two-day open-air music festival connecting with locals and the world, is coming to Zanpa Cape Park on Saturday and Sunday. 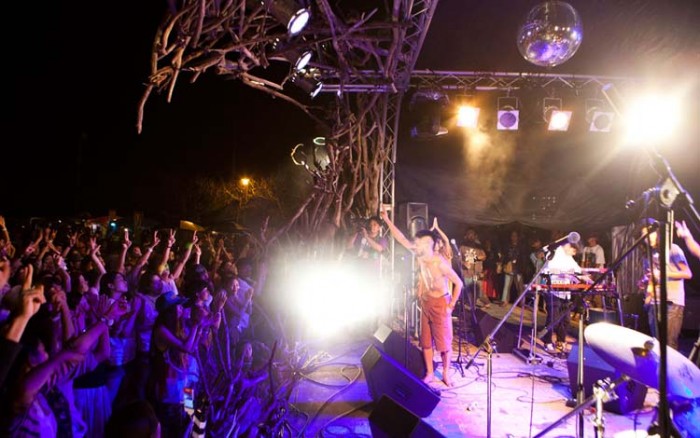 For the two days in a row, a variety of popular artists from the street, clubs and the festivals scene are scheduled at Zanpa, surrounded by nature of the ocean and green farms.  Saturday’s program runs 10 a.m. ~ 9 p.m., followed by a 7:30 a.m. ~ 10 p.m. marathon slate of performers on Sunday.  A two-day advance ticket is ¥6,500 while a single-day advance pass is ¥5,000.  Tickets at the door are ¥7,500 for two days and ¥6,000 for a one-day ticket.  The Zampa JAM is free to individuals under age 18.  Advance tickets are available at e-plus from Family Marts across Okinawa, and at designated stores listed on the festival website http://zanpajam.org/pages/ticket.html. 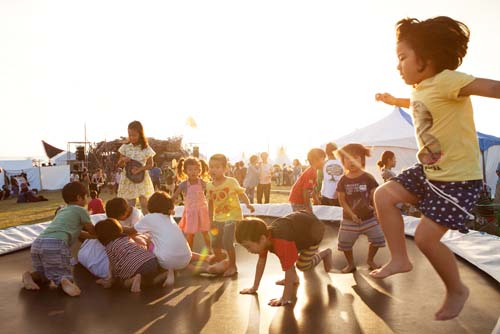 Zampa Jam does not forget he youngest visitors – they are, after all, the future audience of any festival.

Performers are not only from Okinawa but from across Japan.  All have a passion to be part of a high quality local-based music festival related to rich nature and culture in the region.  They started Zanpa Jam in 2011 for the first time, making this the fourth in the festival series.   It is more popular among people of mainland Japan than Okinawa, and more than half of the attendees are coming from outside of Okinawa.   Artists, performers and fes-people will gather together at Zanpa for this weekend,  the last of the festival season. At the same time, this festival is the starting point of the new festival of collaboration with art, music and local culture. 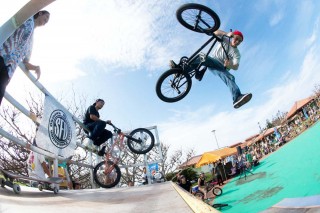 Besides music, Zampa Jam offers other entertainment, too.

There are a various shows planned, including musical performances by more than 10 artists, and additional DJ performances by more than 10 disc jockeys from all over Japan, add to the excitement.  From the United Kingdom, Jamaican DUB musician, Jah Shaka will come and play as a special guest.  From Okinawa, MURASAKI, an Okinawan legendary rock band, will perform.  There will also be live painting events by several artists, and skate and BMX shows by professionals.

A  detailed timetable and performers information can be checked on the website   http://zanpajam.org/pages/timetable.html.  People can also enjoy many food stalls, including Okinawa Soba, ethnic foods, vegan food, a bakery and smoothies.   Many sundries store accessories, candles and t-shirts will also be there. Unique for a music festival, various kinds of massage and chiropractic stores will open.