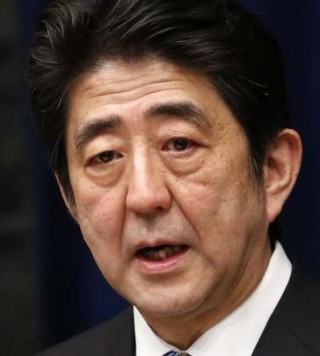 The only fly-in-the-ointment was Okinawa, where voters turned out to let Tokyo know there remains considerable opposition to the central government, the prime minister, and plans for relocating Futenma Marine Corps Air Station to northern Okinawa.  All four Liberal Democratic Party candidates on the Okinawa ballot – all supporters of the Futenma shift — were soundly defeated by opponents of the base relocation plan.

Seiken Akamine, a candidate of the Japanese Communist Party, drew support from conservatives opposed to the base move to win Okinawa No. 1 constituency.  Akamine quickly pledged that “I am going to press the prime minister to withdraw” the Henoko relocation plan.

The principal opposition party, the Democratic Party of Japan, had opted not to field candidates for the Okinawa elections in the four constituencies.

While the four LDP candidates lost their bids for single-seat constituencies in the Lower House elections, they still managed to slide into success, keeping their seats by virtue of wins under the proportional representation system.  Voter ire centered on the four LDP candidates having promised during 2012 elections that they supported moving Futenma outside Okinawa Prefecture.

Okinawa’s feelings not withstanding, voters across Japan saw the elections from a different perspective, giving Prime Minister Shinzo Abe a mandate that may or not be heartfelt.  Many voters say there simply was no alternative to the direction Abe is taking Japan, and clearly believed the prime minister would continue moving Japan in positive financial direction.  Abe has two years to beef up the economy before the next consumption tax increase is to move into effect in April 2017.  Abenomics needs some additional work by the prime minister to increase financial growth and licking deflation.

The prime minister must now confront social security programs, realigning financial approaches in light of an aging population and a rapidly declining birthrate.  Abe’s next challenge is wining the LDP presidential election next fall.  If he does win it, as expected, he’ll be in the driver’s seat for quite a while as Japan’s leader.