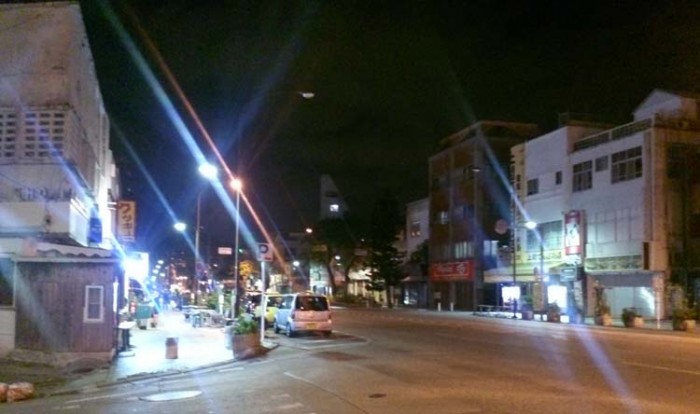 Owners of bars and clubs on locations like Gate 2 Street are eagerly awaiting the impact of the new U.S. Forces Japan liberty policy on their starving businesses.

Soldiers, sailors, airmen and Marines received an early Christmas present from the Commander, U.S. Forces Japan, in the form of a relaxed curfew and off-base liberty ruling.

Air Force Lt. Gen. Salvatore “Sam” Angelella directed the revised liberty rules, which include later curfews and lifting of the ban on off-base drinking by service personnel.  His chief of staff, U.S. Army Colonel Cory Mendenhall, spoke to troops across Japan via AFN on Tuesday, to outline specifics of the new policies, and also to encourage good behavior during the holiday season.

“The Liberty Policy is just one initiative in our comprehensive efforts to ensure our personnel maintain the highest standards of conduct and behavior,” says USFJ, adding “Active leadership engagement and enhanced education and training are other components that we have, and continue to stress. We remain committed to being good neighbors and citizens in the communities where we live and work.”

USFJ says “We have made extensive efforts to tailor the provisions in order to reinforce standards of conduct and maintain good order and discipline, while also maintaining quality of life for our service members,” and assured the command and Japanese communities which host American bases “We will continue our utmost efforts to prevent incidents and accidents. Our leaders will continue to emphasize safety, respect, honor, and personal responsibility.”

The general says “we are also committed to ensure this revised policy gets off to the right start through increased leadership presence and courtesy patrols,” adding that “The overwhelming majority of our 54,000 military members in Japan serve honorably and professionally every day. They are exemplary representatives of their service and our country.”

The new liberty rules went into effect only days after U.S. Marine Lt. Gen. John Wissler, center, signed the Drug and Drunk Driving Prevention Month Proclamation Dec. 4th at Camp Foster. Senior officers, representing each branch of service stationed on Okinawa, gathered to sign the proclamation in an attempt to reduce drinking and driving incidents, which occur highest around the holiday season.