Traditional style dance are at heart of San San 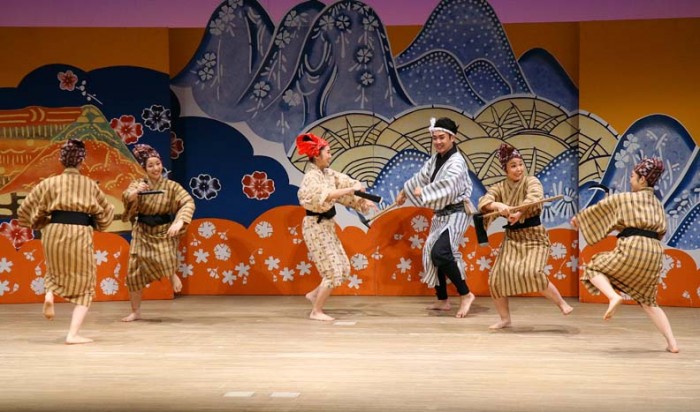 Okinawa San San was the only performance from Asia invited to 2014 ASSITEJ Festival in Warsaw.

Okinawa San San, a unique musical performed in Okinawan traditional style, has been around for centuries, and now the National Theatre Okinawa will bring the music and dance to life. 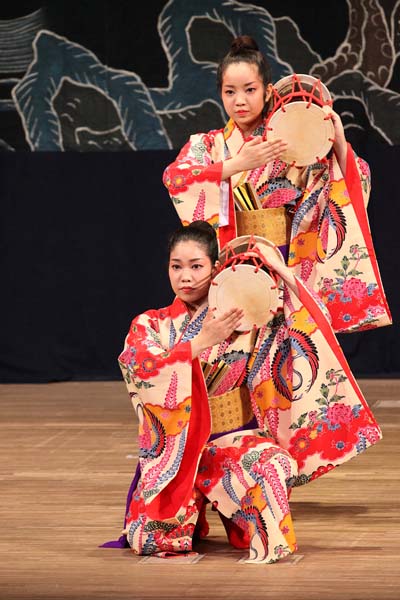 The story about a young fisherman and his girl friend getting married and being celebrated by villagers is at the heart of Okinawa San San. The passion of the young couple and the energetic dance and songs of villagers attracts people, thanks in part, at least, for the combination of the sounds of sanshin and violin.  The music will be featured this Thursday and Friday, (Jan. 22 & 23) at the National Theatre, with doors opening each evening at 6:30 p.m. for a 7 p.m. show.

Tickets are ¥2,000 for adults and ¥1,800 for people under the age of 18.  According to organizers, the advance tickets have sold out, but a limited number of tickets will be available at door.

Okinawa San San was selected for the best 25 out of the 400 works all of the world in ASSITEJ, International Association of Theatre for Children and Young People, that took place in Warsaw, Poland, last year, and the only invited group in the Asian countries.  In addition, this performance received the five-star rating in Festival d’Avignon in France 2014.