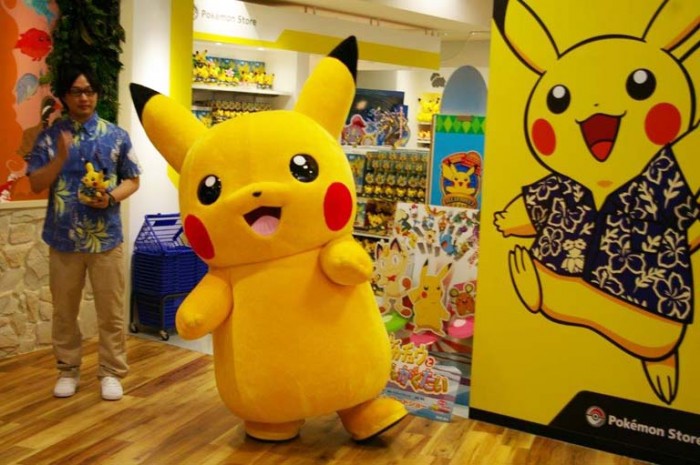 Okinawa’s first Pokemon store will open on the first floor of the HAPINAHA building.

HAPINAHA is celebrating its grand opening Thursday in downtown Naha City on Kokusai Street, creating a large amusement center in what was once the Mitsukoshi department store. 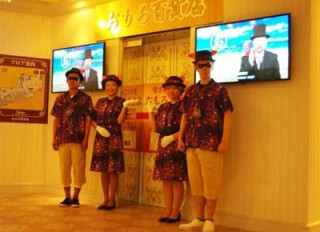 The two top floors will house the largest permanent haunted house on Okinawa. No children under elementary school age admitted.

HAPINAHA comes from ‘Happy + Naha’, and brings to Okinawa an entertainment facility with a 7-days-a-week comedy stage, as well as a large scale haunted house stretching from the 4th to the 6th floors.  Created by Yoshimoto Kogyo Co., Ltd., the oldest and largest entertainment management agency in Japan, will bring comedians to perform from the mainland. 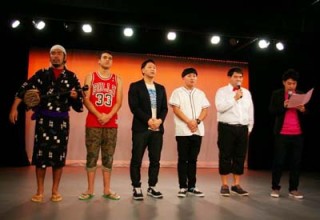 The 3rd floor Comedy Theater will have three shows a day, seven days a week.

The building was formerly occupied by department store Mitsukoshi.  On the 1st floor of HAPINAHA is a snack and gourmet zone. A large selection of snacks and local selected goodies like Awamori, as well as specialties from remote islands on Okinawa, will be showcased together.  The official store of now world popular anime ‘Pokemon’ will come to Okinawa for the first time.

There are a various sundries’ stores and Japanese 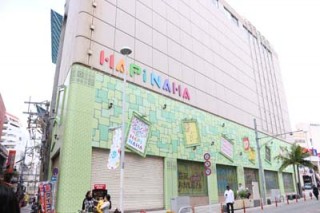 BBQ restaurant on the second floor.  An Okinawa-born cosmetics store of popular anime characters of Sailor Moon and the Rose of Versailles, unique Japanese stationary goods shop and traditional Japanese style sundries store will be in line on the floor. Other than that, people can get goods of popular characters in and out of Japan.