Golden Kings bounce back on road 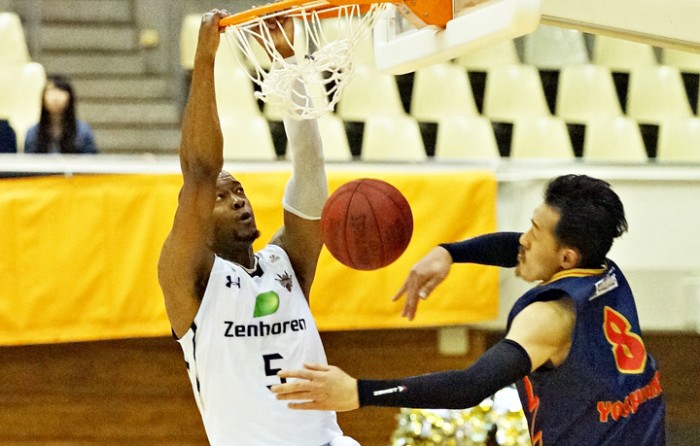 Stung by a loss as the Basketball Japan League moves toward the wire and behind by a game in the Western Conference, the Ryukyu Golden Kings moved into Fukuoka seeking to redeem themselves. 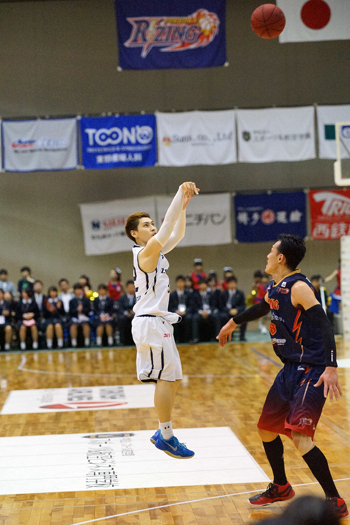 They did, sweeping a series from the Fukuoka Rizing by sending them to their fourth consecutive loss while improving their own record to 39-9 and 19-5 on the road. The Golden Kings took the opener 108-69 with Kibwe Trim garnering 22 points plus 11 rebounds and four assists.  Teammate Draelon Burns scored 15, including four three-pointers.  Anthony Kent, Anthony McHenry, Shigeyuki Kinjo and Morihisa Yamauchi all racked up a dozen points each.

“Okinawa again proved how good a team they are,” said Fukuoka head coach Joe Bryant.  “It’s a team that has managed to recruit many foreign players who have very high athletic abilities.”  Bryant also noted his team was still hobbled by injuries.  Okinawa head coach Tsutomu Isa chimed in that “Rizing players Humphrey and Peppers did not get the support they needed from the defense,” while adding his Golden Kings capitalized on those shortcomings.

Okinawa sacked the Rizing 83-64 in the second series game, shooting more than 60% from the field.  The loss dropped Fukuoka to 12-36, as Draelon Burns scored 17, Ryuichi Kishimoto 16 and Anthony McHenry 14.  Teammates Narito Namizato and Anthony Kent each scored nine. 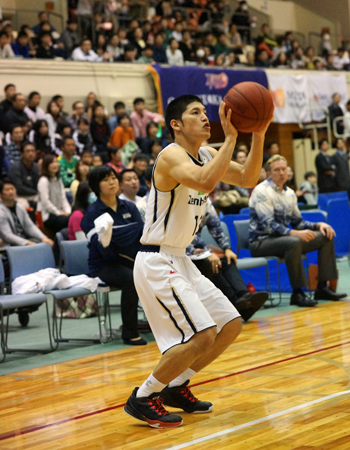 Coach Isa was pleased, noting Fukuoka’s “second half cross game was not up to task and we took advantage of that.”  Bryant thought his squad played with more energy, but couldn’t compete with Okinawa, “a good team that has both speed and athletic ability.

Elsewhere, the Yokohama B-Corsairs hammered the hapless Tokyo Cinq Reves, sweeping the series in Machida 86-65 and 78-766 in overtime.  The 14-32 B-Corsairs pulled back from a Sunday 18-point deficit to send the contest into extra time to win its third straight game.  Tokyo falls to 5-41.  The Hamamatsu Higashimikawa Phoenix  pushed their Western Conference record to 38-10 with a pair of tough games against the Nara Bambitious.  The Phoenix took the opener 78-65, then capped the series 71-56.  The Bambitious are now 12-36.

The Shiga Lakestars powered their way to a series sweep over the Saitama Broncos, taking the opener from the cellar-dwellers 83-59, then hauling in a 104-69 win on Sunday to improve to 30-16.  The Gunma Crane Thunders split a weekend series with the Shinshu Brave Warriors.  Gunma took the opener 93-80, only to lose a squeaker, 89-87, to the Brave Warriors, who are now 19-27.  The Crane Thunders are 17-29.

Although not on the hardwood over the weekend, team records in the Basketball Japan League worked out in favor of the Oita HeatDevils.  With a 17-29 record, the team is headed to the playoffs for the first time since the 2006-2007 season.