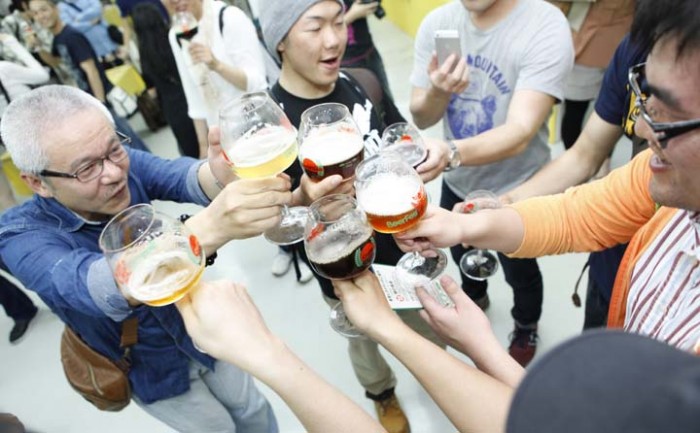 Craft beer enthusiasts on Okinawa will have a reason to foam over the weekend as they have a rare chance to sample at on place 50 craft beers from 40 breweries throughout Japan. 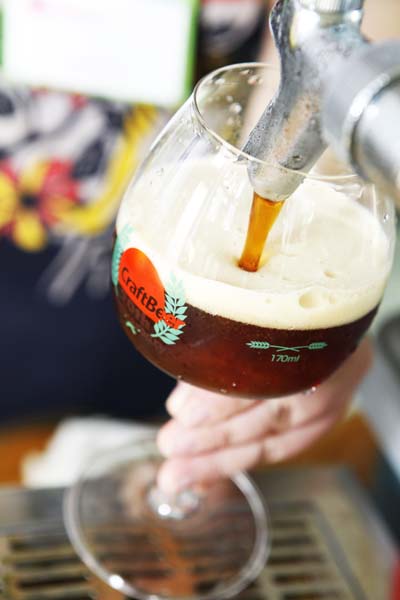 First 250 visitors on both days to the beer festival will receive a special aroma class commemorating the event.

Beer is king this weekend at Helios Pub on Kokusai Street as the brew pub hosts the Great Japan Beer Festival, bringing together more than 40 breweries and 50 different microbrews and craft beers.

There’s to be no shortage of the suds both Saturday and Sunday, and Helios has set the hours long enough for everyone to get their taste.  The festival starts at 1 p.m. Saturday and runs until 9 p.m., then does it again Sunday noon ~ 5 p.m.  Last call is 15 minutes before closing both days.  The advance entry fee is ¥2,700.  The fee includes a dozen beer coupons, each for an 85cc beer of your choice.  Tickets at the door are ¥2,900.

More than 1,500 beer enthusiasts are expected to flock to Kokusai and pour into Helios, so advice is to ‘plan to start early’.  An incentive:  the first 250 to show up and participate will receive a specially designed aroma glass with “Okinawa 2015” logo, just for tasting the beers.

The Great Japan Beer Festival is not confined to Okinawa.  Others are being staged around the country this year, including Tokyo, Yokohama, Osaka, and Nagoya.  Details on events in those cities are available at http://beertaster.org/index-e.html. The beer festival began in Tokyo in 1998, moving across to Osaka, then Yokosuka and Nagoya.

Breweries participating in the Great Japan Beer Festival this weekend come from north to south, Hokkaido to Okinawa.  The location of Helios Pub on Kokusai Street is at http://goo.gl/maps/DtCe5. 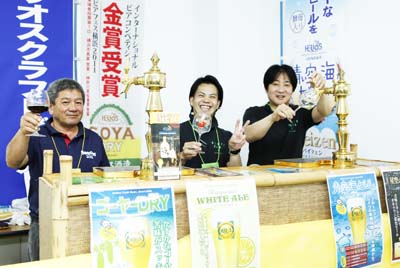 Okinawan Helios Brewery brings to the event its own craft beers; Goya Beer and three other products under Helios brand.