Local bus companies have decided to implement OKICA system in their buses, and switch exclusively to OKICA cards that are now sold at sales offices of the bus companies and all Okinawa Familymart convenience stores. The sale of bus coupons was stopped on Apr. 26th, and the paper ticket service will end by the end of March 2016.

One of the merits to commuters is OKICA’s point service.  People can get a refund for points depending on the frequency of use. For example, one can get 10 points for each ¥10 used for commuting.  The points can then be used for a fare from 100 points on. 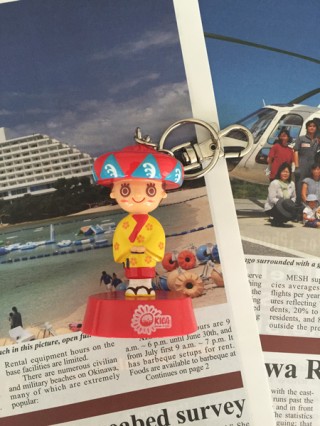 FamilyMart has now a limited number of keyholder-type OKICA figures for sale with the IC card inside.  The price is ¥2,000 including a ¥500 deposit.