Hours and hours of entertainment, including an ultra-spectacular fireworks program set to music, will join forces April 11th as Okinawa’s summer gets under way with Ryukyu Kaiensai, a massive fireworks festival. 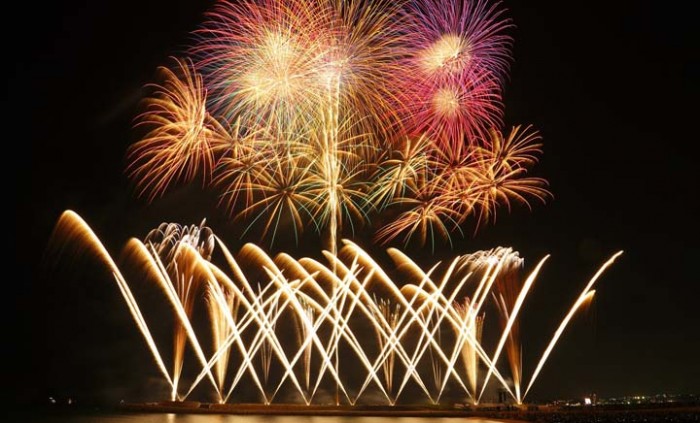 Over 10,000 pieces of pyrotechnics will lit the sky over the Tropical Beach in Ginowan.

One of the world’s leading designers has teamed with the pyrotechnics specialists to create spellbinding illusions at the Ginowan Seaside Park Tropical Beach. Sponsored by Japan Air Lines, Japan Trans Ocean Air, Okinawa Cellular and FamilyMart, the 12th annual festival will see the skies illuminated by more than 10,000 pyrotechnics of all shapes, sizes and colors, as part of a dream corroboration with Designer Junko Koshino, who’s produced the Japan Festival at the Kennedy Center in Washington D.C. 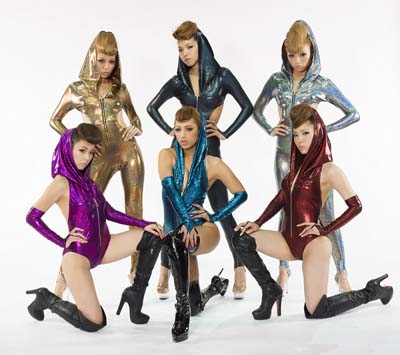 Cyberjapan Dancers will entertain crowds in the build-up to the fireworks extravaganza.

This year’s theme is “the earliest place to vibrate with the summer in Japan.”  Organizers of this, the season’s first fireworks exhibition, are holding their collective breaths to see if Mother Nature has any intentions of cooperating.  As of press time, they were still shaking their heads as weather prognosticators are laying out a 40% chance of that wet stuff on Saturday night.

Born in Osaka, Koshino graduated from the Bunka Fashion College, then moved on to participate in Paris’ collection, holding fashion shows in Beijing, New York, Vietnam and Cuba.  Her designs and illusions will tinge the blue skies with hanabi—fireworks blended with the latest computer technology to produce an hour-long program.  Accompanying the dazzling display will be music of Janet Jackson, David Foster, Katherine McPhee and more as the show proceeds to the music of a variety of genre.

Live music will get under way at 2 p.m. at Haisai Square on Tropical Beach and provide plenty of entertainment until the fireworks exhibition kicks off at 8 p.m.  The hour-long show will feature music timed to the fireworks launches, which are computer driven to integrated laser light show beams, the music and the illuminations.  Festival ground opens at 1 p.m.

Advance tickets are on sale until April 10th.  Adult tickets are ¥2,700, and tickets for youngsters under 12 are ¥1,600.  Tickets at the gate April 11th are ¥3,300 for adults and ¥2,200 for kids under 12.  Tickets are required for those wanting to enjoy the music and watch the fireworks from within the Tropical Beach area, where visitors may bring their own blankets or chairs. There also a series of special seating plans, including seats under roofed tables.  Parking fees are required; expect to pay ¥1,200 to park in a designated parking area.

Anyone wanting to watch the fireworks from along the beach may do so free. Japan Update has six free tickets to the Ryukyu Kaiensai to raffle away. Send us a message through Japan Update facebook page if you want to participate.

Kaihin Park is directly behind the Okinawa Convention Center in Ginowan City, 4-2-1 Mashiki.  It’s only a five-minute walk from the Convention Center, although the limited parking is a few hundred meters further away.  Leisure seats and cooler boxes are prohibited on the park grounds.

Sunday, April 12th, has been designated as a make-up date if Saturday’s fireworks festival is canceled due to rain.  Organizers say if it rains both the 11th and 12th, ticket purchases will be refunded.