Life slows as Dragon Boats speed up in Naha

Okinawa is anything but normal now as schools, banks, government offices and many businesses are shuttered this week and most of the next as Okinawans celebrate a week full of holidays. 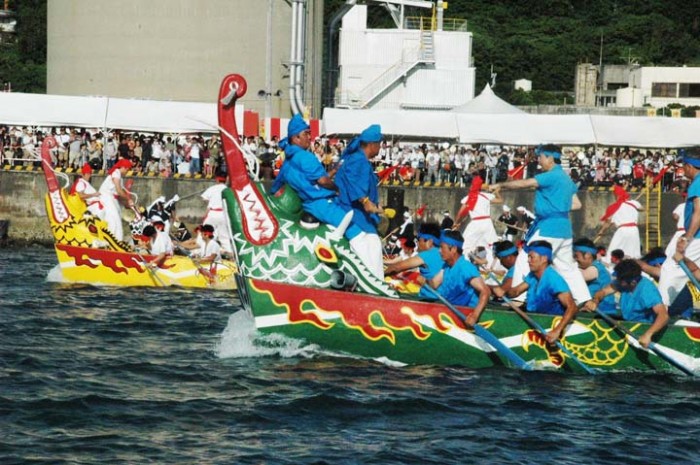 In Naha, the Naha Haarii Festival is about to begin, with the festivities Sunday through Tuesday at the city’s Shinko Wharf.  Several dozen haarii boat teams will challenge each other in categories that include military and children’s’ races.   The finals of the 41st Annual Haarii Festival are set for mid-afternoon Tuesday. The festival on all three days is free, and open to the public, 10 a.m. ~ 9 p.m., with everything from live entertainment to food and drinks vendors to souvenir stands. 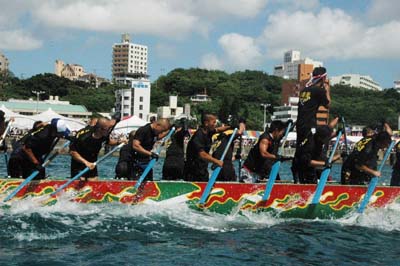 Naha dragon boats are larger than those used elsewhere with crews up to 40 people.

The traditional Okinawan dragon boat race custom originated centuries ago in China, as a part of prayers for safety and good harvests.  Today, dragon boat races are held throughout Okinawa… in small villages as well as the more organized festivities of the big cities.  Naha Haarii is the largest of the festivals, with boats with hand carved heads and dragon faces, and tails in the form of dragon tails.  The main dragon boat races are Tuesday, with the challenges beginning at 10:30 a.m.  The finals take place starting at 4:40 p.m. following the traditional prayers to the 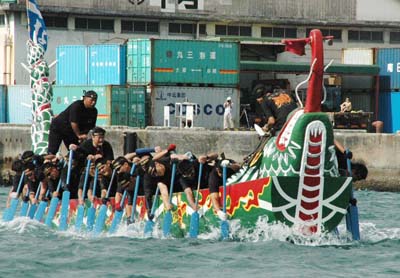 Before the race crews show off rowing slowly around the port.

ocean’s god for safety.  Races are by category, with children, community groups or companies, and the American military taking on the Japanese Self Defense Forces.

The greatest difference between Naha Haarii and Haarii of other areas within the prefecture is the size of boats. Although the crew of the Haarii boat elsewhere is about 11 persons, the boats of Naha are larger with crews of up to 40 people.

A ceremony and the final race will be performed on the Naha Haarii’s last day. It begins with a ceremony, while the crew who wore the clothes of Haarii performs an ancient rite and sing Haarii songs, and row their ships slowly and confidently around the port showing off for spectators before the race.

The 41st Naha Haarii is much more than just the races.  Stages set up at Shinko Wharf in Naha City, 1-16-10 Minato-machi, will feature a variety of entertainment forms, including comedy, aerobics competition and live music.  Admission is free.

Parking at the Haarii Festival is limited to nearly non-existent. Festival visitors are encouraged to take public transportation. Maps and other festival information are available in English at http://www.naha-navi.or.jp/nahahari.html. Pay parking lots are available around the festival site, but they’re typically full by midday.