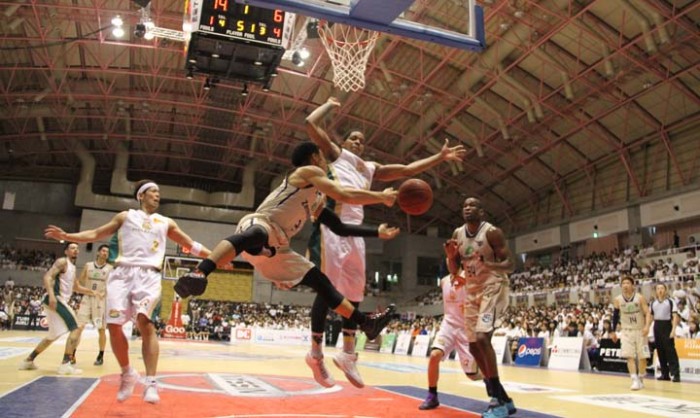 Narito Namizato passing the ball to Kibwe Trim under Oita’s hoop on Saturday.

The Ryukyu Golden Kings are headed to the second round of the Basketball Japan League playoffs, but only after sweating past a first game loss, a second game win and then a playoff mini-game victory. 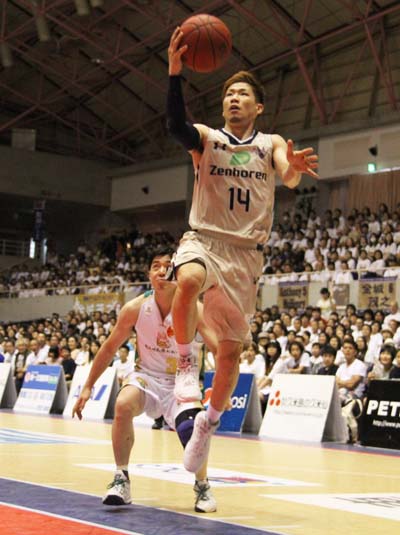 Ryuichi Kishimoto lead the Kings to victory on Sunday with his 21 points.

Okinawa was stunned by the visiting Oita HeatDevils in the playoff series opener, but rallied to roar to a 92-68 win in the second match.  The victory plunged the Golden Kings and HeatDevils to a mini-game tie-breaker, which Okinawa won to take the series and keep the season alive.  Ryuichi Kishimoto led the Golden Kings with 21 points, including a half-dozen three-pointers.

The 44-11 Golden Kings now head into next weekend’s semi-finals against the Western Conference champion Kyoto Hannaryz, which vanquished the Takamatsu Five Arrows to move forward. The Hamamatsu Higashimikawa Phoenix made easy work of the Shimane Susanoo Magic to move to the semi-finals, where they’ll face the Shiga Lakestars, who had little difficulty with the Osaka Evessa.

In the Eastern Conference playoffs, the Iwate Big Bulls thrashed the first-year Fukushima Firebonds to move to the second round, while the Akita Northern Happinets overpowered the Gunma Crane Thunders to stay in the fight.  The Northern Happinets will take on the Niigata Albirex BB, who bet the Toyama Grouses in first round action.  .  The Aomori Wat’s outdistanced the Sendai 89ers to play another weekend. Iwate faces Aomori. 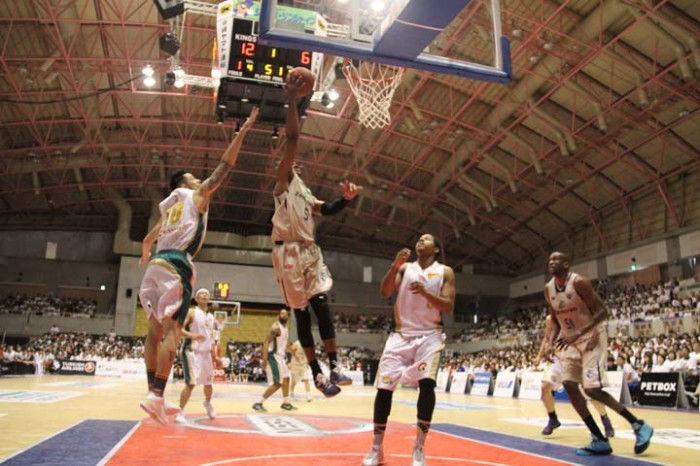