Koshien is ‘Field of Dreams’ for Japanese baseball youth 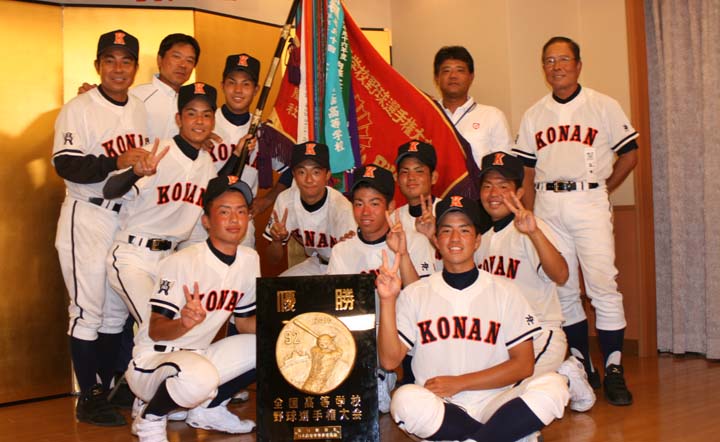 ‘Koshien’ gets its the name of the Hanshin Koshien Baseball Stadium in Hyogo Prefecture, in which the championship has been determined for more than 100 years. The first tournament was played in 1915, with a break only during the war years. Practically the whole nation focuses its attention on Koshien Stadium during the tournaments, and it can justly be considered as the holiest of holy temples of Japanese high school baseball. 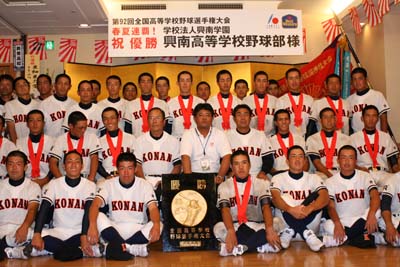 The teams, which survived the regional championships as basically just one team will be selected per each prefecture, began to play in this year’s tournament on Aug. 6th. Playing at the Koshien tournament is the dream of every high school boy in the nation playing baseball and, at the same time, the biggest chance to go on to a professional career in baseball.

Players like Hideki ‘Godzilla’ Matsui, Yu Darvish and Masahiro Tanaka all played for their school teams at the Koshien tournament attracting the attention of talent scouts. Ichiro played there twice, in summer and spring tournaments, although he did not get much attention at that time and his team lost in the first round. All these players became professionals and went on remarkable careers in the U.S. Major Leagues.

The Japan National High School Base Ball Tournament celebrates its 100th anniversary this year, and the Koshien tournament will take place over 15 days from August 6th. Every high school team in the tournament has enthusiastic supporters at Koshien Field to cheer them up, while people who are unable to go to the venue follow the games glued to their TV sets, as all matches are broadcast live on the national TV. Talk about Koshien is everywhere in schools and work places, like “Who won or lost the game today?” or “How the game went yesterday?”

Konan High School team went to Koshien for the first time in 1966.

On the day of their own team’s game, people watch the game on TV, listen to radio or follow it through the Internet at home or office and without going out anywhere or during work. One sees people gathering and cheering up their team in front of a big screen watching the game at shopping centers. Sometimes it becomes a social phenomenon with people disappearing from streets during local team’s games altogether.

This summer, Konan High School team with Masaru Gakiya as the coach won the No.1 spot on Okinawa for the first time in five years and is representing Okinawa. Konan High School took part in the Koshien for the first time in the summer tournament of 1966. The school won both the spring and summer tournament championships in 2010.

It’s said it is very hard for any team to win Koshien tournament both in spring and summer in a row. In a matter of fact people say that there’s a jinx that prevents the winner of the spring tournament to become the champion again in the summer. It might be true because there are only seven teams who have won straight both the spring and summer tournaments in the 100-years of Koshien history, and Konan High School is one of them!

Although teams from Okinawa have used to aim at ‘one victory’ in Koshien, the level of high school baseball in Okinawa has grown higher lately, and student players have progressed year after year. Okinawa has produced some famously strong teams. One reason for that progress is credited to nearly all of Japan’s professional baseball teams’ holding their spring training camps on Okinawa giving great inspiration on high school baseball players here. Because they are able to see professionals play up close, and have a chance to directly learn skills and attitude as players from professional teams who conduct baseball classes here during the spring camp.

The first game of Konan High School against Iwaimichisuikan High School of Shimane Prefecture, took place on Aug. 11th. The game ended in a nail-biter with Konan making a game-ending run in the 9th inning. The final score was 6 – 5 for the Okinawan team, who thus made it to the second round. Their next game will be played on Sunday.