Eisa and Orion Beer attract to Okinawa City this weekend 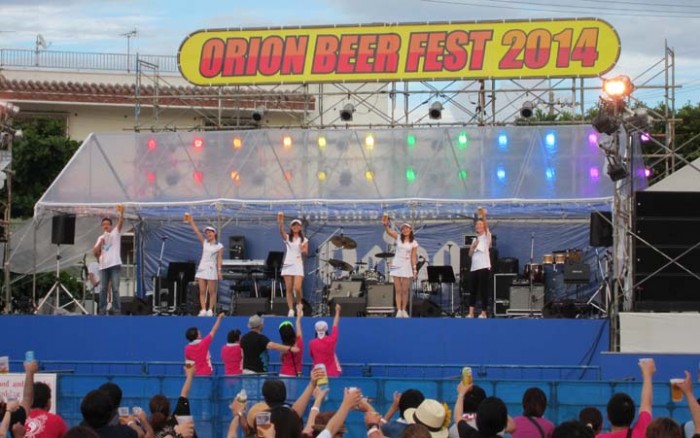 Nothing is more Okinawan than Eisa. Originally the dance was meant for entertaining spirits of the departed during the Buddhist Obon time as so called “Bon Odori” but it has evolved into a folk entertainment that is performed, usually by youth groups, as a part of at almost every celebration and festive occasion throughout the year.

The largest annual Eisa event, the All Okinawa Eisa Festival, is being held over three days this weekend in the self-proclaimed Mecca of Eisa, Okinawa City.

The Eisa Festival shares the venue with the annual Orion Beer Festival from 4 to 9 p.m. on both Saturday and Sunday, at the adjacent sub-ground to the Eisa field.

The Eisa Festival ends with the traditional Okinawan Kachashi, and everyone is invited to join in.

The Eisa festival is divided into three parts. On Friday, the first day of the event, the Michijunee parade takes place at Koza Music Town and Gate 2 Street from 6 to 9 p.m.

On the second day, Saturday, Okinawa City Youth Festival is held at Okinawa City Koza Sports Park from 3 to 9 p.m. It’s an Eisa event, in which local Junior Chamber of Commerce groups’ showcase their original dances on the Koza Sports Park field. 12 groups are scheduled to perform including guest groups from Tokyo and Ginowan City.

The last day is dedicated to the Island-wide Eisa Festival, in which 15 selected high-level Eisa groups from various parts of the island will show Eisa as it’s performed in each district. As a part of their performance, some groups have integrated new moves and music to their traditional Eisa. The All Okinawa Eisa Festival runs from 3 to 9 p.m. at the Koza Sports Field.

Okinawa City, which has generated countless famous Eisa teams over the years, has been hosting the Island-wide Eisa Festival since 1956, and this year’s event is thus the 60th. 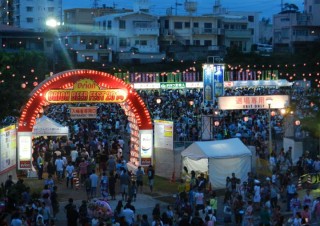 Lots of people come to the beer fest.

While the Eisa festival provides the beat, Orion Beer Festival next to the Eisa grounds is a destination for many. The festival ground opens at 4 p.m. at the beer starts flowing 15 minutes later.

Besides cold beer and tasty snacks, the festival features entertainment by local performers and groups, including nationally known HY on Saturday, and Sky’s The Limit and Diamantes on Sunday. The festival runs through 9 p.m. and ends with fireworks on both days.

Although the admission to the beer festival is free, anyone who intends to buy alcohol is asked to show a photo ID and get a wristband at the entrance to show that they are of legal age. No own food, alcohol or pets are allowed to the festival venue.

Half of the street on Route 330, Gate 2 Street and Nakanomachi Nakadori are closed for car traffic on Friday evening from 18:00 to 22:00. The Ground Street in front of Koza Sports Park is closed from 21:00 to 21:30 on Saturday and Sunday. There is no legal parking available in the Koza Sports Park area. Instead, temporary free parking is available both on Saturday and Sunday 13:30~23:00 at Okinawa City Hall, 26-1, Nakasone-cho, Okinawa City; Chuo Kokyo parking in front of Korinza, 4-12, Chuo, Okinawa City; Okinawa City Agriculture Training Center (Nomin Kenshu Center in Japanese) at 2380, Noborikawa Okinawa City; Awase Fishing Port, 1-11, Awase, Okinawa City and at a temporary parking space in front of Shonan Hospital, 4-20-1, Minami-Toubaru, Okinawa City. A free shuttle bus connects the parking areas plus the AEON Mall Okinawa Rycom to the venue from 13:30 to 20:00 (to the venue), and 14:00 ~ 22:30 (to parking aras from the venue. A map and details of the bus routes and stops in Japanese are at http://www.zentoeisa.com/bus.html. Some pay parking areas are available closer to event site.