Golden Kings are ready to go! 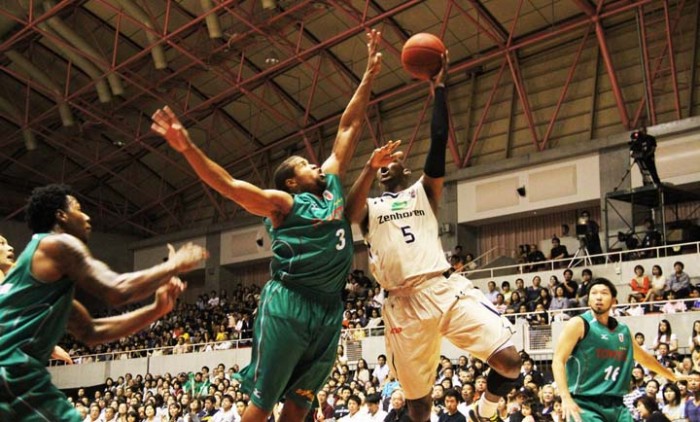 Golden Kings and Toyota Alvark Tokyo faced in a pair of pre-season games a year ago, when Alvark won the matches with narrowest of margins 80-78 and 76-75.

As the two Japanese pro-basketball leagues, TKbj-League and Japan Basketball League are preparing to merge into one league from season 2016 – 2017, the upcoming season 2015-2016 will be the last for TKbj-League.

Before facing the challenges of the new championship league, the Ryukyu Golden Kings welcome a couple of JBL teams to Okinawa to play against some of the other league’s most powerful squads in September, just before the TKbj-League season opening. 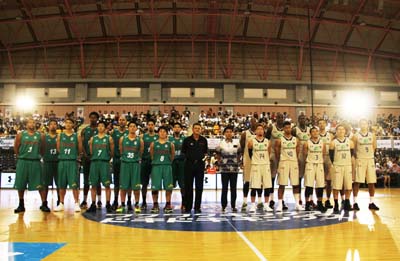 A Kings’ official explains, “We want to show the visiting teams how basketball is a popular sport in Okinawa, and a great environment to play. They can see themselves our many beachside courts or hoops at any of our playgrounds and parks. That’s why we call this island the “Basketball Island”. We want to promote our nice Basketball Island all over the world, and organize “Island Games” where the Kings takes on some JBL teams.”

This time the Kings encounter Mitsubishi Diamond Dolphins from Nagoya and Hitachi Sun Rockers from Tokyo, both on their first visit to Okinawa, and Toyota Alvark Tokyo that played against the Kings in a pre-season match last year.

“Let’s all cheer up the Kings and show the TKbj-League power to our visitors from the other league!” the officials concluded.

Tickets for the games are available at Kings Ticket at http://kings.tstar.jp/; ePlus at http://eplus.jp/sys/main.jsp; FamilyMart convenience stores and AEON Ryukyu shops.