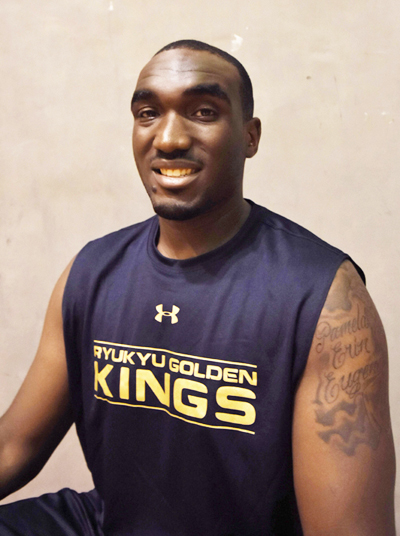 25-year-old Florida native Ravenel who will carry number 30 on his Golden Kings uniform, turned pro in 2013. Before that the 204cm-tall played for Ohio State Buckeyes when the team reached the NCAA Tournament’s Final Four and Elite Eight during his junior and senior seasons, After turning pro, he played in teams in Bulgaria and Poland.

After signing the deal, Ravenel said, “Thank you for having me here. I‘m excited to be a part of the Kings. I hear we have the best fans in the league. I saw all the success the Kings were having and wanted to be apart of a winning organization. I want to win the championship, and that’s what I’ve heard the Kings do. I look forward to seeing you all at the games!”

The Ryukyu Golden Kings team stated, “His team play is very good, and teamwork is important for the Kings, so we expect him to be a good fit for the team. He will give a boost to all players. When he played at the Ohio University, they won division championship of the regular season, and were in the best 16 at NCAA in 2011, best 4 in 2012 and best 8 in 2013. Although he was not a star player in his team, he made very nice work as a team player. His style will work well with the Golden Kings.”