The Ryukyu Golden Kings played its first pair of TKbj-League 2015-16 regular season games at the Asaminami-ku Sports Center in Hiroshima against the Hiroshima Lighting, an expansion team in the league, on Friday and Saturday.

In both games, the Golden Kings pounded the Hiroshima team, crushing the hosts 127-75 on Friday and 104-74 on Saturday. 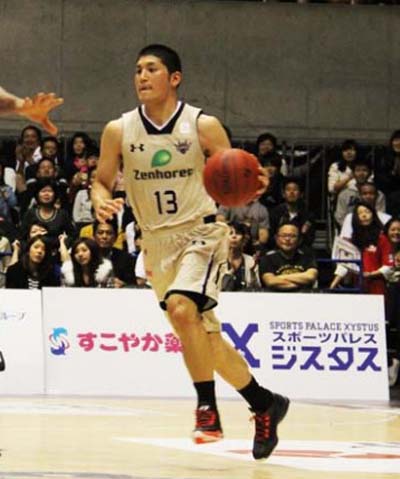 The game started with Evan Ravenel and Shota Tsuyama scoring points effectively from inside and middle. The quick offense worked well, and the Kings led after the first quarter 30 to 20.

In the second quarter the Kings missed easy shots and kept making mistakes. Hiroshima was catching up by fast break plays and three-point shots. The patient and steady scoring of the Kings’ Shuhei Kitagawa kept the Kings in the lead at the half-point of the game 58-47.

In the beginning of the third quarter, it was still not easy for the Kings to score but efforts by Ryuichi Kishimoto and Draelon Burns helped to energize the Kings towards the end of the quarter.

In the final quarter, Shota Tsuyama pulled all the stops and scored 18 points. He scored 25 points in the entire game, which was the top in the team. The final quarter ended with overwhelming 40 to 15 to the Kings.

After the game, the Kings’

Head Coach Tsutomu Isa was happy with the team offense, but not so much with its defense. “It was a good start for the season and I am happy for the game result today. But our defense was not that good, so we want to play better defense tomorrow. In offense we almost could do our play the way we are aiming at,” Isa said.

Hiroshima Coach Joe Navarro was philosophical. “The first half of the game was not so bad for us. But in the last half we allowed the Kings play their strong offense. Our task is to rebound. However, it was good for us to play against a strong team in the beginning of the season,” Navarro stated. 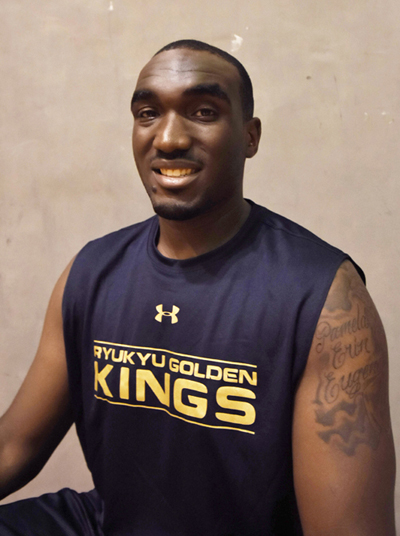 Evan Ravenel was the top scorer for the Kings in Saturday’s game.

On Saturday, Evan Ravenel was the top scorer for the Kings with 24 points. Eight Kings players scored eight or more points.

Soon after the opening of the game, Kings started piling up the points. With their defense working well, the Kings held Hiroshima scoreless for the first three minutes, and outscored the opponent 30 to 10 in the first quarter.

In the second quarter, the Kings continued the same pace overwhelming Hiroshima both in their offense and defense.

The game turned over in the third quarter. Hiroshima scored constantly while the Kings could not. The quarter ended with 23 to 24 for the hosts.

In the final quarter, the Kings continued to make mistakes but managed to outscore Hiroshima 24-21 to win the game 104-74.

After the game, Golden Kings’ Head Coach Tsutomu Isa admitted his team has work to do. “We were not able to play our kind of basketball for 40 minutes. Players sometimes did not play as a team but solo, and that was our problem. We should be tougher both physically and mentally,” Isa said after the game.

Despite of the loss Hiroshima Head Coach Joe Navarro had no regrets. “We tested a variety of defenses and could find how to play against a strong team. Although we lost the game, we were able to play aggressively in the second half. We have no regrets.”