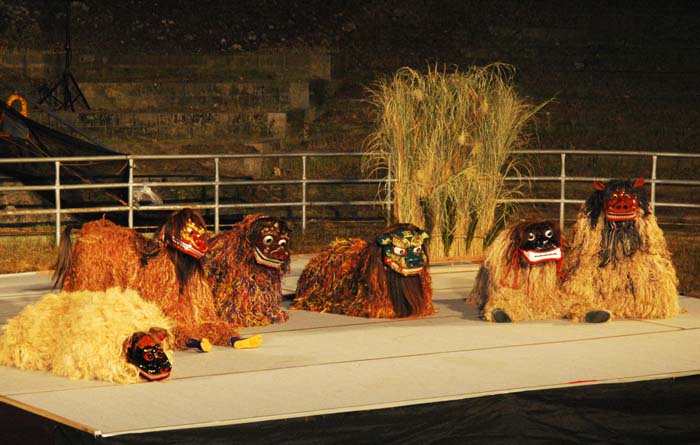 Legend says lions were common on Okinawa once in the distant past, and most of them lived in Uruma City.

Shishimai, a.k.a. Lion Dance, is a tradition that was originally introduced from China, possibly during the Tang dynasty. It is a traditional cultural ceremony for expelling evil and praying for productivity of grain and prosperity of a region. 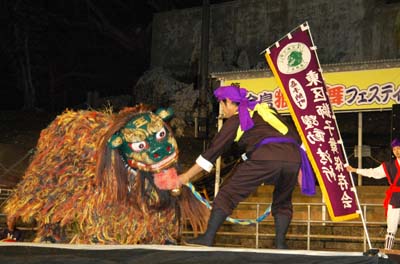 Shishimai, known as the Lion Dance, is performed all over east Asia, and Okinawa has it’s own variation of it.

Okinawa’s shishimai lion typically has a hairy body unlike in the mainland, and the beast is actually closely associated with shisa, another cultural icon that originally came from China. It is said that more than 150 kinds of shishimai lions exist on the island.

Uruma City is especially deeply connected to shishimai because according to a legend, lions used to live on a mountain in the area that to this day is ‘Shishi-yama’, and in fact people preserve shishimai costumes in seven regions within the city.

Japan also has a tradition of lion dance, The style of dancing and design of the lion differs by region. The lion dance has been completely absorbed into Japanese tradition and is used even in religious Shinto festivals aside from New Year celebrations. 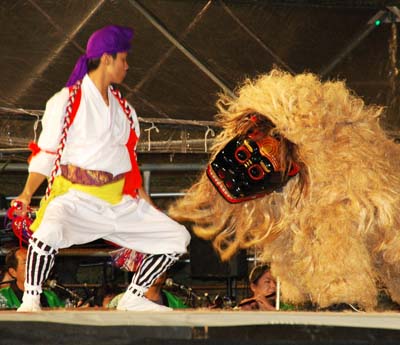 Most lion dances depict action between a man and the lion.

The Japanese lion consists of a wooden, lacquered head called a “shishi-gashira”, literally, a lion’s head, and a characteristic body of green dyed cloth with white designs. It can be manipulated by a single person, or two people, one of whom manipulates the head.

Six shishimai groups from various parts of the island plus one from off the island, from Higashi-Matsushima City in Miyagi Prefecture, and one Eisa group are scheduled to perform at the event. In the case of rain the event will be cancelled.