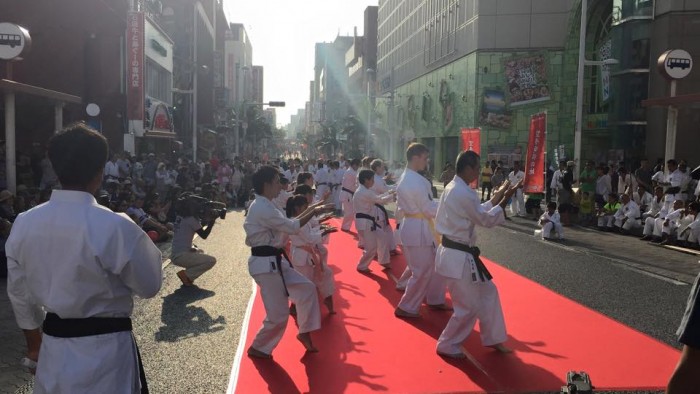 About 2,000 karateka took part in Sunday’s event on Kokusai Street in Naha.

Karate events took place to commemorate the 10th anniversary of the establishment of the ‘Karate Day’ of October 25th. Karate is also expected to be as one of the additional sports at the Tokyo Olympics in 2020.

At the World Heritage Site at Zakimi Castle Ruins, groups practicing traditional karate gathered on Sunday to perform one selected form of ‘kata’ for one hundred consecutive times. The aim was also to challenge the world record in the Gunness Book of Records with karate people around the world simultaneously performing the same kata.

On Kokusai Street in Naha City, the ‘Karate Day Anniversary Performance Festival’ took place on the same day. More than 2,000 Karate performers paraded along the street and showcased various performances of the traditional karate.