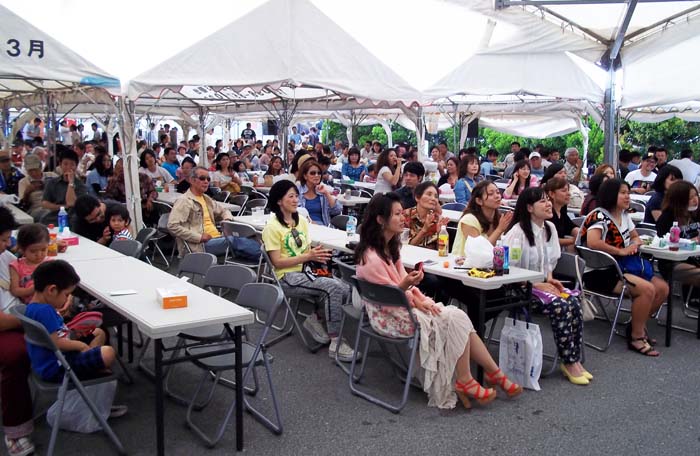 Visitors enjoy the program and awamori in last year’ festival.

Chuko Awamori Distillery is organizing its Autumn Festival for the 10th time on Nov. 21st and 22nd. The festival is a perfect opportunity for visitors and locals to learn about Awamori, taste some, and those who consider themselves experts in the local tipple can even compete in an Awamori tasting contest. 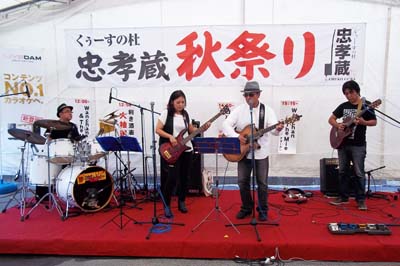 Live entertainment is on tap on both days.

Sponsored by Chuko Distilling Co., an Awamori distiller known for bottling its products in earthenware jars it produces in its own pottery workshop, and specializing in production of aged awamori, kushu, the festival runs Saturday and Sunday from 10 a.m. ~ 5 p.m. at an open space in front of the Chuko Distilling Co. building, at 556-2 Iraha, Tomigusuku City, near the elevated southern end of the Okinawa Expressway. Admission and participation is free. 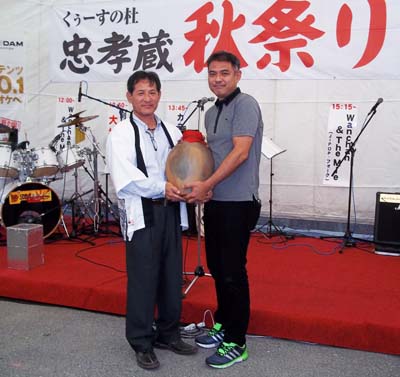 Two large jugs of awamori are raffled away on both days.

The events include free awamori tasting, and awamori tasting contest. There will be food stalls and a pottery market with all merchandize 30 to 70 percent off. All awamori and packed snacks are sold at a 10 percent discount during the festival. There will be a lottery two times each day (13:00 & 16:00), in which a 5.4-liter and 9-liter jar of aged awamori is raffled among visitors possessing a lottery ticket that is given with every ¥2,000 purchase of products. 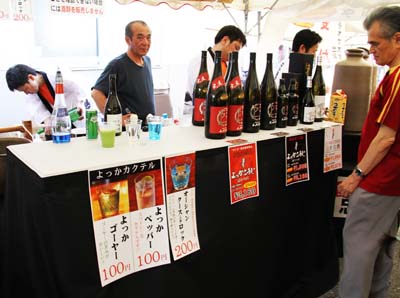 Chuko products are sold at discount during the festival.

Another specialty offered for a limited sale is so called “Millennium Bottle” of awamori that was bottled Jan. 1, 2001. One hundred is put on sale for the price of ¥5,000 per bottle.

Entertainment on stage features live music and a karaoke tournament on both days. For children, there are game booths. There are also food stalls selling Yakitori, Soba, Tempura and beers.

Parking space at Chuko Bldg. is very limited, but there is temporary parking at Tomigusuku City Kyushoku Center, 249-1, Iraha, Tomigusuku City with a free shuttle bus between the event site and the parking area. Those visiting the festival are urged not to drink and drive, and make sure they have a designated driver for the trip home.