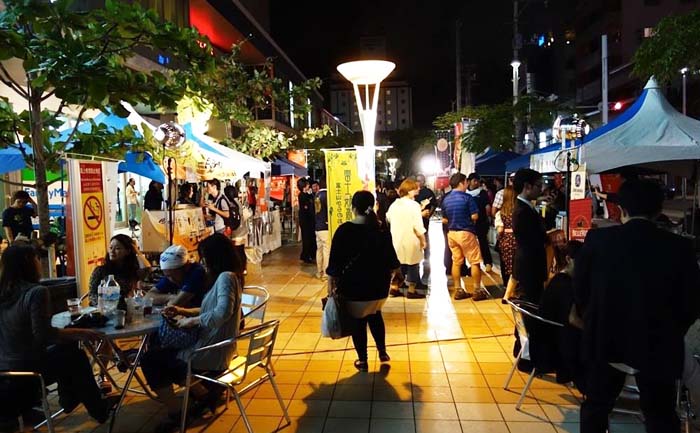 Various events featuring food and drinks are extremely popular, and this weekend is the turn for beer lovers to head for Saion Square in Asato, Naha City, where Okinawan brewers of craft beers gather in a 2-day Haisai Beer Festival.

The festival runs from 13:00 to 20:00 on both Saturday and Sunday. Some two-dozen popular eateries open booth at the festival, serving beers and food that is a proper accompaniment to the beers. 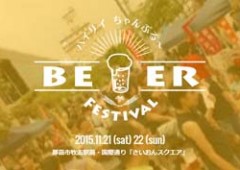 Besides local Okinawa brews from Orion, Helios and Nanto Brewery with their Nihede Beers, such smaller local brewers as Miyakojima Micro Brewery and Koza Beer Workshop will be present.

Several imported craft beers are also on offer like those from Azo Beer that imports beers from the U.S., Belgium, France, Norway and Germany. Beers from microbreweries in mainland Japan, China and other Asian countries are also present.

Saion Square, the event venue, is located at the northern end of Kokusai Street, just off the monorail Makishi Station. Information on the event is available on their website. The information is in Japanese, English, Korean and Chinese.