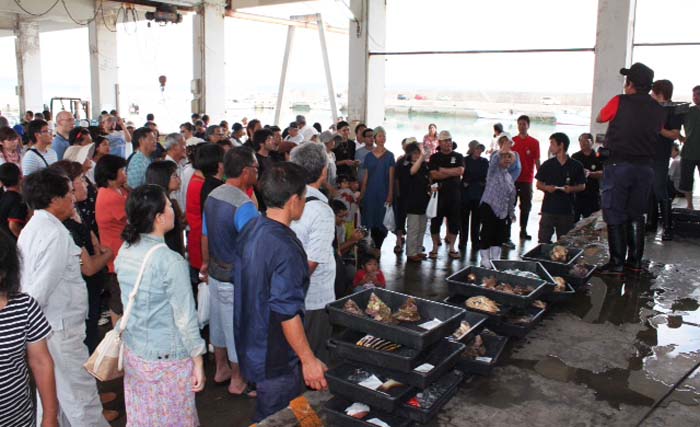 Nanjo city is probably best known as the sacred site of Sefa Utaki, where the kings of the Ryukyu Kingdom used to come to pray for plentiful harvests, but much fewer people probably know it as a fishing town.

The Chinen Fishery Association (JF Chinen) consists of fishermen from the Chinen, Shikiya, Kudaka, Oujima and Itanma areas. Among those, JF Chinen head office is located in Chinen while fishermen from Oujima haul in the largest catches. 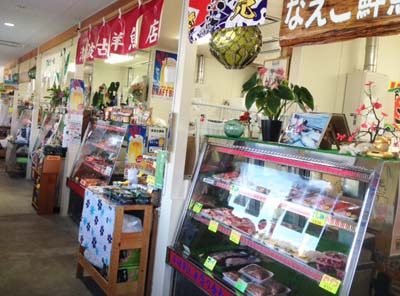 Permanent stalls at Oujima fish market sell everything from the sea.

However, although all of them are members of the same JF Chinen, they have not had any interaction for many years, much less supported each other.

According to local fishermen, the reason is that Oujima has become famous in all Okinawa because of its unique annual dragon boat races. It’s also widely considered cooking the best Okinawan tempura, and being a sightseeing spot attracting visitors not only from Okinawa but, in increasing numbers, among millions of tourists visiting Okinawa. In other words, people of Oujima have seen a remarkable progress on their island over the years.

And therein lies the rub. Others have come to see Oujima’s progress not only a winner to be followed but also a threat and a source of envy.

That is why there has been no significant relationships and cooperation between Chinen and Oujima for a long time.

Finally, people have come to realize that the success of one area does not mean taking away anything from another. Through a fish market called Imaiyu, fishermen of Chinen and Oujima have understood it’s important for small fishing communities to cooperate, and turn the success of one fishing community to the advantage and chance to learn for the entire fishery industry of Nanjo City.

The Imaiyu Market celebrates its first anniversary (Tankayu-e-) this Sunday starting 10:00 at Oujima Public Fish Market. The event features tuna cutting show, fish auction and various workshops. Karaoke contest and two mini concerts are also on schedule, as are a beer chugging contest and Eisa by a local youth association.

And, of course, there will be plenty of fresh fish and tempura for sale to enjoy at the event or take home afterwards.

Admission to the event is free. Oujima is located on the southern coast of Okinawa island.