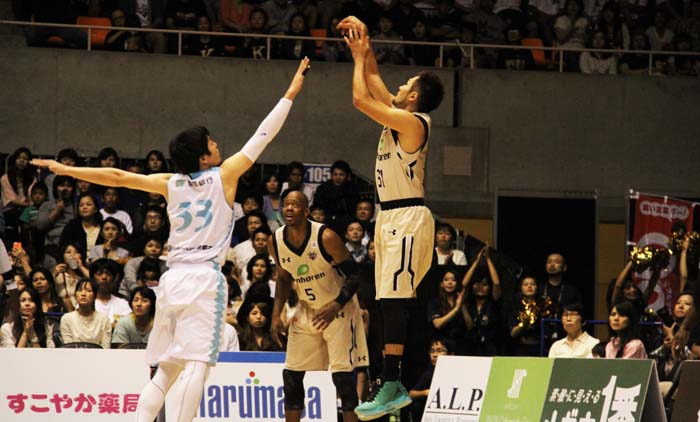 The Ryukyu Golden Kings lost both matches to Kyoto Hannaryz by the slimmest of margins. On Saturday, the Hannaryz won 72-70, and Sunday’s game ended 87-85 for the Kings’ first back-to-back loss of the season.
Both games were played in Okinawa City Gym. Saturday’s loss also meant that the Kings dropped to the third place in the Western Conference. 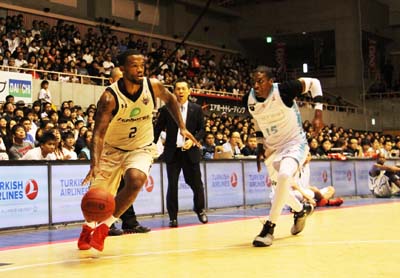 Ryukyu Head Coach Tsutomu Isa said after the game that his team had lost patience. “We knew that Kyoto would not fall apart because they’re very disciplined team. Our players perhaps played a little too much as individuals, especially towards the end of the game,” Isa mused.
Kyoto Head Coach Honoo Hamaguchi saw the game much the same way. “It was a tough game for us on the road, but in the last quarter we remembered to be patient instead of trying too hard.”
Sunday’s game started promising for the Kings as Draelon Burns and Naoto Kosuge dominated the game after scoring three-pointers. But in the third quarter, Kyoto’s foreign players were able to tear away from the Kings. 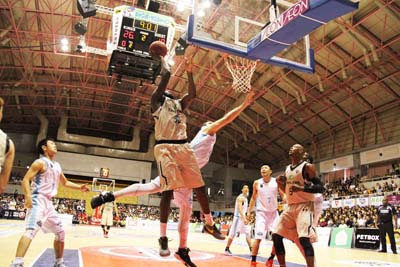 The Kings responded trying to catch up in the fourth quarter, and three seconds before the buzzer were able to finally tie the score. However, McHenry’s foul resulted in free-throws that sealed the game for Kyoto.
After the game, Isa said that the team had itself to blame. “We did not lose to Kyoto but to ourselves, because we made many mistakes in important situations, the most important, of course, being just on the final seconds of the game,” he said, adding “We need to become mentally stronger.”
Hamaguchi praised his players for patience. “Whenever the game was close, our players were patient. We did especially well outside. In the last half of the game we moved a lot more than before, and our inside play worked, too.”